A MAN has managed to get his wife to stop moaning by doing the thing she was asking him to do.

Nathan Muir had been getting eararche for months and had tried everything from ignoring it to making vague sounds of reassurance when he hit upon the radical, untested tactic of actually taking action to address the issue.

He said: “She’s been on since January, non-stop. And no matter what I did – leave the room, change the channel, go to the shed – it carried on.

“So, as a last resort really, I tried listening to the words she was saying, realised they were describing the act of taking the dead Christmas tree outside the back door to the tip, took a crazy leap of faith and did it.

“The difference has been incredible. She’s been upbeat, almost happy, and amazingly hasn’t mentioned the tree once. I haven’t seen her this far from fuming in years.

“Is women’s psychology this basic? Does me doing something other than finish work, open crisps and watch Ozark genuinely make her that happy? I feel like, ten years in, I’ve finally mastered marital bliss.

“This ‘doing things’ business is really coming up roses for me. Maybe if I lay off the PlayStation next weekend and move that broken lawnmower she’s been going on about for a decade, she’d consider a shag.” 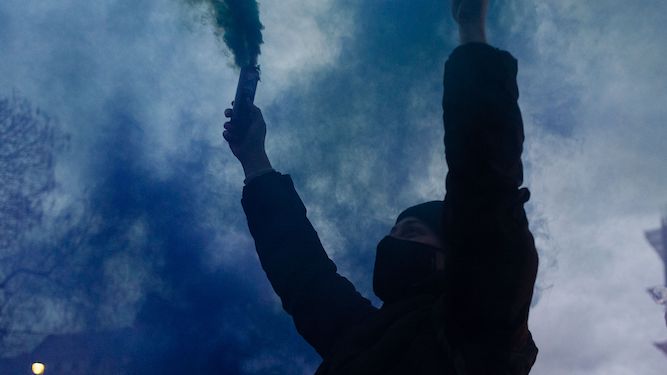 PROTESTORS against new laws that would effectively ban peaceful protest have thanked Bristol for throwing a f**king riot.

The laws, which the government passed at the first reading last week even after police had assaulted a peaceful vigil, are thought to be 50-60 times more likely to pass now Bristol has burned a police van for basically no reason.

“Peaceful protests all day then a bunch of dickheads amped up to post ‘ACAB’ on Twitter head down to the police station to smash windows and do graffiti and give themselves a big old anarchist chubby.

“What powerful footage it makes, police standing doing nothing while you chuck fireworks and smash shit. This will really help the side you claim to oppose.

“Filmed it all on your phones though, didn’t you? Just like all the Trump supporters who all got arrested because they’d filmed themselves smashing shit on their phones. And the difference between you and them is..?”

Home secretary Priti Patel said: “What a lovely treat for a Sunday evening. I’ve woken with a real spring in my step.”