A HUSBAND is suing his wife for breach of contract and personal injury after she gave him a calamitous haircut during lockdown.

Martin Bishop was left with lacerations to his ear, bald patches and psychological scarring, according to papers filed with his lawyer.

Bishop said: “It wasn’t until I was sat on a chair in the bathroom and she had the scissors out that she started saying things like ‘I don’t actually know what I’m doing’.

“It wasn’t like in the hairdresser’s where they treat you nicely. She kept pointing out stuff like ‘it’s getting very thin here’ and ‘God, you’re horribly grey, aren’t you?’

“She didn’t even brush away the hair on my neck at the end, but instead gave me the broom and told me to clear the bloody mess up myself. I was virtually in tears.”

Helen Bishop said: “If he thinks this has ruined his life, wait until we get to the divorce proceedings.” 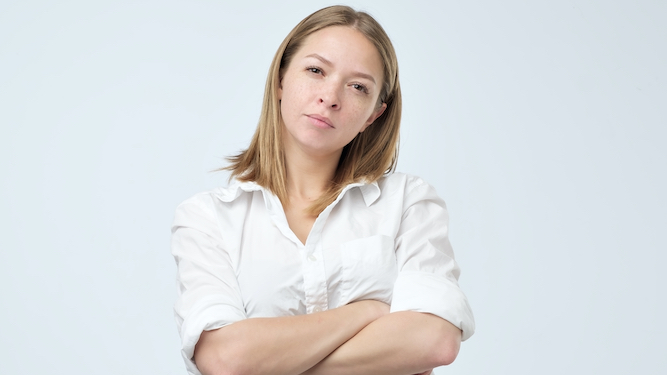 SOME people think that by saying an apologetic phrase first they can tell you you’ve got shit hair. If you hear any of these phrases, you know you’re about to be insulted.

‘Don’t take this the wrong way’

Whatever follows will invariably be a gross attack on your person. It’s typically a damning insult like ‘your glasses make you look like a 1980s serial killer’, which makes you wonder how they could have thought there was a ‘right way’ for you to interpret it.

‘Let me give you some constructive criticism’

A more accurate term for ‘constructive criticism’ is ‘criticism’. Just because you’re trying to package the attacks you’ve made on someone’s parenting style as ‘helpful feedback’ doesn’t lessen the fact that you’ve basically said they’re unfit parents whose children should be taken into care.

Not only is this person about to say that they think your partner is a prick, but they’re dressing it up like they have a moral obligation to do so. Apparently you can’t take offence because they were being ‘honest’. Yes you can. Tell them to f**k off.

Whoever utters this is relishing the chance to criticise areas of your personal life that should be out of bounds. They might pretend they’re reluctantly speculating that your wife’s leaving you because you’re shit in bed, but really they’re just a nosy twat.