TWO loving parents cannot rest until their daughter finds a man who can make her as smug and unbearable as they are.

Wayne and Sharon Hayes have selflessly dedicated themselves to pushing daughter Kelly into a marriage which is as irritating as their own blessed, maddening union.

Sharon said: “Nobody can stand to be around me and Wayne. It breaks my heart to think of Kelly not having that.

“If she wants to be constantly taking out decades of pent-up resentment and frustration out on others like we do, she needs to start early or she simply won’t have time.

“So sad for her to be travelling the world, going out partying and progressing in her career, all just to compensate for never having found someone who really grinds her down.

“I just wish she could find the right infuriating twat to marry, bicker all the time with and grow old, miserable and judgemental with. Is that too much to ask?”

Daughter Kelly said: “While I do envy my settled friends who have blistering rows and ruin all our parties, I don’t know if I’m there just yet.” 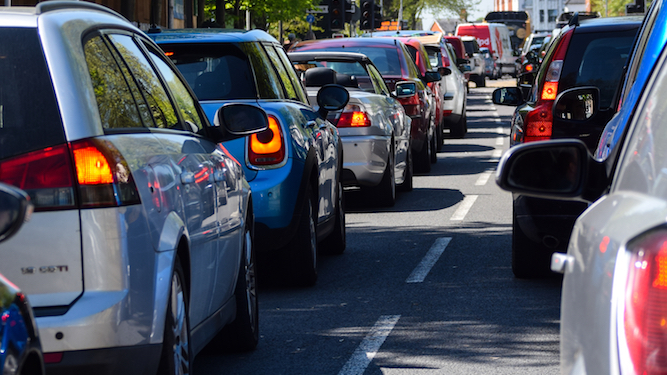 A DESPERATE middle-aged man is stopping traffic and banging on bonnets to warn innocent motorists about the traffic that awaits them on the M5.

Roy Hobbs is frantically trying to warn as many people as he can about long delays between junction two and junction 19 but fears he may already be too late.

He said: “Please! Please! Just roll down the windows and listen to me! I’m not crazy! I’ve been listening to BBC Gloucester on the internet!

“It’s bloody solid down there, and the A-roads are even worse. It’s like nothing you’ve ever seen. Forget reaching Cheltenham. It’s gone.

“I don’t care what Google Maps says. Anyone driving southbound won’t be seen again. Please, if not for yourselves then for your families, your children.

“No! The black Renault’s already left! He’s becoming part of the jam! He’s one of them!”