Pope arrives in Dublin for stag do

POPE Francis has touched down in Dublin for the two-day stag party of one of his closest friends.

The Pope is visiting Ireland for the first time to give old seminary buddy Cardinal Celentano the perfect send-off, and warned residents that it is likely to get messy.

He continued: “It’s a stag do and a leaving do because he’s been shagging this bird on the side, so this night is going off.

“Beginning in the old pubs where Jimmy Joyce drank, then we’re clubbing at Copper Face Jacks, then strippers. The whip-round didn’t make enough so I eBayed a little Michelangelo so they do him properly.

“Tomorrow morning we’re paintballing which will be an absolute disaster if we do it right, then we’re back in the bars for those of us can handle it. Bit of gak to help us along, in the old diplomatic bag.

“It’s gonna be fucking epic, I promise, and if anyone sees a suffering, Christlike figure shuffling along the Liffey in the wee hours that’s not a miracle, it’s Celly after we’ve taped his pants round his ankles and sent him to do a cock-out mile.

“Monday morning quick mass, forgiveness for all our sins, bish bosh, back on the flight. Sorted.” 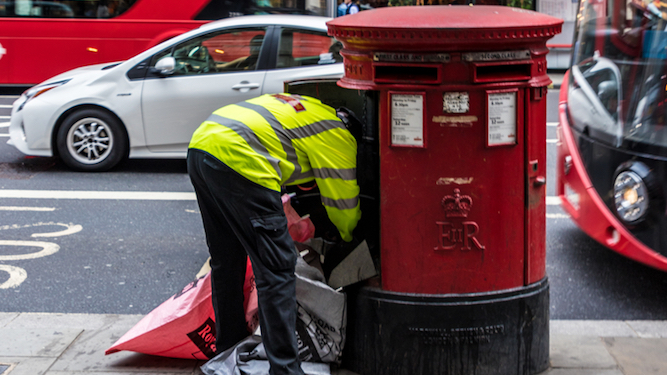 A LOCAL postman is furious with residents on his route for receiving mail.

Wayne Hayes is well-known locally for complaining bitterly about having to do his chosen job and shoving letters into customers’ hands while snapping “someone’s popular”.

Pensioner Roy Hobbs said: “We all live in fear of an interaction with Wayne. You’re not sure if he’s going to hand you a package or whip out an axe and murder you.

“If something won’t fit through the letter box he stands at the door sighing impatiently as if you’re really ruining his day. Normally he signs off with a sarcastic ‘There you go – your majesty’.

“Receiving a parcel via ordinary post seems to particularly trigger him. If a neighbour isn’t in whoever signs for it gets a lecture on ‘selfish arseholes’ who can’t even be in to receive things they order.

“I can’t help but think he should consider a different career more suited to his temperament. Maybe contract killer.”

Hayes said: “Why can’t these bastards use email? Oh no, they have to have poncy paper letters from their la-di-da friends and their fancy electricity suppliers.

“Now fuck off and stop wasting my time. I’ve got to go and drop elastic bands everywhere.”