A WOMAN has fallen head-over-heels in love with the driver of a hot hatchback who revved his car at traffic lights.

Helen Archer, aged 24, was in a long-term relationship she thought was happy but has dumped her boyfriend to pursue the mystery driver of the modified Renault Megane who is everything she desires.

She said: “As soon as I heard the hoarse whine of his engine, I knew I had to make this man mine, whatever it took.

“Women pretend that we care about a man’s personality or physical appearance, but in truth all we want is a man who can press their foot down on a pedal repeatedly while looking around to see who noticed.

“The windows were too smoked for me to identify the driver. He roared away before I could catch his name. All I can do is roam the streets searching for the sound of his engine like Prince Charming looking for Cinderella.”

Driver Nathan Muir said: “Works every time. They hear the aggressive rising rasp of my titanium twin exhaust and the knickers simply drop.

“Unfortunately by that point I’m 300 yards down the road giving the finger to a cyclist so I haven’t been able to take advantage of it yet. Which is why I’ve never had a girlfriend.”

Which Tory MP is the gimp prowler of Somerset? 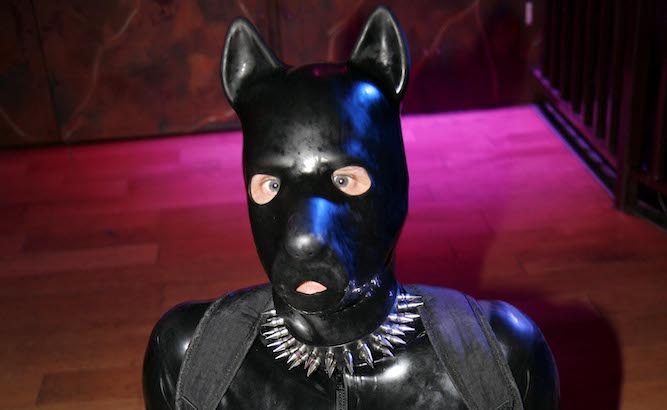 THE gimp-suited prowler of Somerset’s identity remains a mystery but, let’s face it, he or she will be a Conservative MP. But which?

Somerset’s brave battler for a Brexit that benefits him personally is the most obvious candidate, but rubber fetishism is an invention of the last 100 years and so beneath Rees-Mogg’s contempt. Fantasising about whipping slaves on his 19th century Malaysian rubber plantation is more his thing.

Nothing Jeremy Hunt does matters any more. Nobody is paying any attention, and nobody cares. He could wander a leafy Somerset village in a gimp suit and nobody would give a shit. And he can prove it.

The extent to which rubbing yourself against women while clothed head-to-toe in rubber and wearing a terrifying mask is simply business as usual in the Conservative party can not be underestimated.

“Accept a job in Boris Johnson’s cabinet? I’d rather run up and down Claverham high street wearing a full gimp suit than work for that c*ck,” Amber Rudd unwisely said in front of witnesses in the Stranger’s Bar at the Commons last year. And so it unfolded.