CLIMATE activists trying to paralyse cities by blocking roads and causing traffic jams could learn a lot from Ocado delivery drivers, it has emerged.

“You don’t need dreadlocks and a samba band. Just a van, a customer carefully checking her receipt to make sure we haven’t substituted six lobsters for a loaf of sourdough, and a driver making vague gesticulations to neighbours.

“Don’t glue yourself to anything. Just park in a way that makes the road impassable, even if there’s an obvious space to pull in, then unload crates of olive oil and quinoa chips one at a time to whichever house has the biggest 4×4 on the drive.

“These hippies want to join us. They’d soon learn how to cause massive disruption while cheerily waving that we’ll be all done in a minute.”

The upper-class guide to Brexit 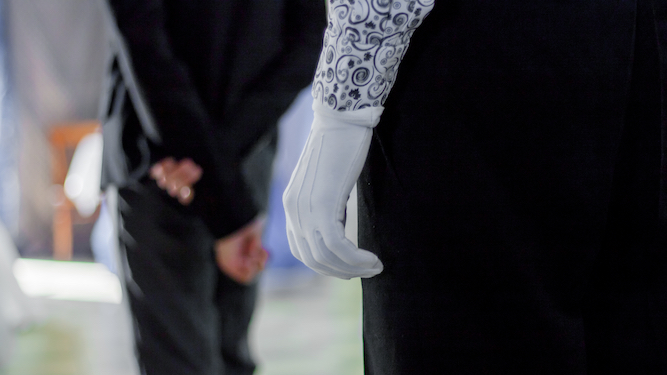 THEY are taking their damn time about it, but Brexit is due to take place later this year. But how will it barely affect the upper classes?

Trips to homes, relatives and investments in Europe may now require the little people to apply for a visa. This is obviously not the case for yourselves, but once you’ve been there a brace or so of weeks and little men keep jabbering it may be prudent to put in a call to an old schoolfriend at the Foreign Office.

Get out of the jolly old pound

Sally Sterling’s due a bit of a nosedive it seems, so put all your liquids into the euro, the dollar and our old pal Johnny Yen. Sit tight on the country pile and there might even be a shot at buying up some of the land your family got bilked out of in the 1772 enclosures.

The Yeti’s finally done it

Lock up your daughter, Boris is going to be PM! We all know what he’s like – who can forget the night he got two debs pregnant in the same night at the Crillon Ball – so you can bet your braces it’ll be a bumpy ride. Still at least it’s not some oik like Gideon Osborne.

Grouse shooting should be unaffected by Brexit thank God. If they dared step on that my goodness we’d see political change and pronto. It’d be Lloyd George all over again.

Expect a measure of discord in the inner cities: Manchester, Birmingham, Coventry and the sordid parts of London. As long as you pulled all the right strings to get your children into the right universities it shouldn’t matter in the least. The peasantry comes and the peasantry goes. That’s their affair.

Upshot of it all? Less of this tax nonsense. Finally we can all stop this pretense of living in Monaco.