HAVING your parents around to look after your kids seems like a blessing, until you realise they’ve stopped giving a shit about discipline. Here’s how they’ll suck at babysitting.

Despite growing up in the 1980s your parents made it feel like rationing was still going on, and even being given something as innocuous as a Penguin bar was a massive deal. Now though, when they’re babysitting for you, you’ll return to find your child buzzed off their tits having eaten an entire sack of Haribo.

They don’t give a shit about routines

You’ve spent months trying to impose a regular sleeping schedule on the small unruly human you’ve birthed. Then, after your first night out all year, you come back at midnight to find your child still awake because ‘we don’t get to see him often’. Your parents leave happy and you spend the next two months picking up the pieces until they f**k it all up again on their next visit.

When you were a kid you were only allowed to watch children’s programmes between 3.30 and 5.30pm and if you strayed beyond those times your dad would cut the plug off the telly. Now your parents are retired and do f**k all other than watch TV, so they encourage your child to do the same.

You know your kid will fake a sore throat for a day off school, but your parents can’t believe that such an angelic little cherub could possibly be so manipulative. Beware of leaving them together during term time, as you’ll find your child has bunked off all week and been waited on hand and foot by the credulous idiots.

Despite being militantly against anyone giving you anything that might spoil you as a child, they are now enthusiastic givers of colossally expensive gifts. Nothing will buy a seven-year-old’s affection like a Playstation 5, so be prepared to play second fiddle for as long as your mum and dad live, which will be ages because they’re boomers.

Man's greatest achievements in life were as an imaginary football manager 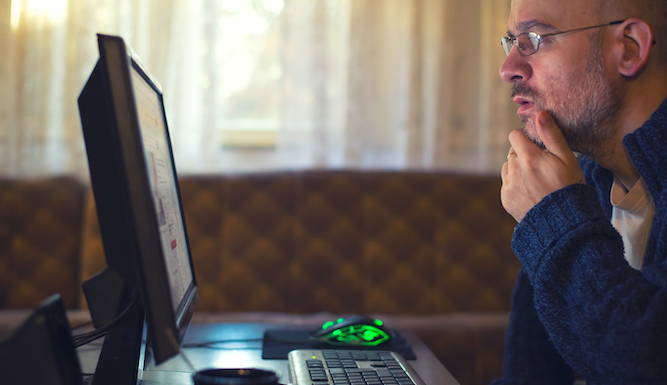 A MAN has looked back at his life and concluded that all of the achievements he is proudest of came while playing simulations of managing football teams.

Nathan Muir is particularly proud of taking Graficar Vodovod all the way to European Cup glory on Championship Manager: Season 01/02, six years of Premier League titles topped with a domestic treble for Ipswich Town on Football Manager 2012, and winning the office Fantasy Football league in 1997.

He said: “You wouldn’t think, to look at me, that I have one of the finest football managing records of all time going back 40 years.

“But from Kevin Toms’ Football Manager on the ZX Spectrum, where I won the FA Cup for Colchester in front of a cheering crowd of both uncles and my dad, to 2016’s unlikely promotion for Alsager Town, it’s created every happy memory I’ve ever had.

“The League Cups, the near misses, the underdog battles against relegation turned into promotion within the space of two seasons, I remember every one as if it were yesterday.

“I don’t play as much as I used to – like Sam Allardyce, the complexity of the modern game has left me behind – but I’ll always be a legend in my own mind for what I achieved.

“Other stuff? Ah, I’ll always remember when my son Stian was born in 1998. The wife was in hospital for three days. I took us to the league and the Cup Winners’ Cup.”