RAIL operators have defended their decision to once again mess about with the lines at the weekend because it only ruins fun stuff.

Train bosses stand by their commitment to run a drastically reduced service on the two busiest days of the week because all it disrupts is exciting trips to the seaside and pleasant visits to see old friends.

National Rail CEO Martin Bishop said: “We can’t exactly re-lay track or randomly cancel trains during the working week. You’ve all got shitty, miserable jobs to get to and we wouldn’t want you to be late.

“Your friends aren’t going to fire you though if you don’t make it to a reunion on time because you’ve ended up taking a detour on a delayed rail replacement bus. It makes complete sense if you think about it.”

Rail engineer Wayne Hayes said: “The tracks in this country are all totally f**ked. If we steadily work on them at a rate of two days per week then we should be halfway to completion by 2052.

“Of course by the time we’re done we’ll have to start fixing stuff from the beginning again so here’s no end in sight to our disruption. But at least it’ll make your relaxing weekends feel much, much longer in the worst possible way.” 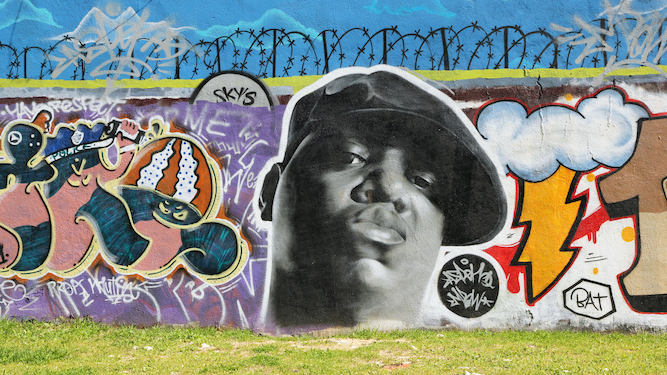 A 14-YEAR-OLD has asked his dad where he was on that fateful 1997 day when he heard that Biggie Smalls was dead.

Josh Hudson asked father Tom if he still remembers the exact place and time on March 9th, 1997 when he first learned that the epochal East Coast rapper known as the Notorious B.I.G had lost his life in a killing that changed hip hop forever.

Tom said: “I told him that I’d never forget that day. I was standing on the corner with my Hebden Bridge posse, representing, when the shattering news came through on the radio.

“With the East Coast-West Coast feud at its height, Tupac in the ground just six months earlier, we immediately suspected this was a retaliatory killing. But being in Yorkshire we could prove nothing.

“I went home, hollow-eyed with loss, and broke the news to my parents. I still remember mum’s knuckles turning white as she gripped the edge of the washing-up bowl. We spent the evening together as a family, listening to Ready To Die and his debut with Junior M.A.F.I.A.”

He added: “He seemed to believe it. I mean, I’ve got no f**king idea, obviously. I barely knew who the f**ker was till that Puff Daddy song came out. But I improvised magnificently.”