You don't: how to make new friends in your thirties

IN your thirties? Want to forge deep and meaningful connections with new people? Here’s how that won’t happen.

Go to a party

Social gatherings are a tried and tested way of making new friends, but once you’re in your thirties people only go to them out of obligation. They’re too tired to engage with your small talk, and they haven’t got enough room in their lives for a new person anyway, so you’re better off staying at home and talking to your plants.

Thanks to the internet, lonely people can gravitate towards each other in depressing Reddit forums. But rather than using the information superhighway to build digital friendships, they’ll mainly argue about which Sonic the Hedgehog game is the best. If you wade into the comments with your opinion, expect to make some mortal enemies instead of new mates.

If you go out on the town you’re bound to run into people and strike up a friendship. Either that or you’ll get in a fight with someone because they’re worried you’re trying to chat up their missus. This is understandable because you’re lurking around in pubs and nightclubs on your own. You look pretty weird.

It’s a bit pathetic, but you could post a status about how you’re feeling lonely and you need some new buddies. This will offend your existing friends because it gives the impression that they aren’t good enough for you, then they’ll unfollow you and you’ll have even less pals than you started with. Bummer.

Accept the fact that once you’re in your thirties you don’t develop any new friendships. No, your colleagues and the man who works in the corner shop don’t count. Try getting married instead, as then someone will be legally and financially bound to you for at least a couple of years. 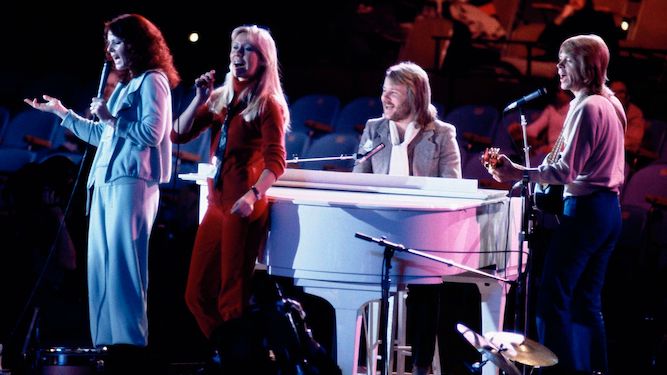 THE ABBA reunion does not count as a proper one because it’s not grey-haired old blokes with guitars, men have confirmed.

The mega-selling critically-acclaimed group have recorded a new album and launched a digital stage show, none of which is equivalent to Led Zeppelin doing one gig in 2007 because it is pop music and two of them are women.

“It doesn’t count as a reunion unless there’s a massive fanbase of male fans with expansive guts desperate to hear the famous solo played by the actual guy in a cavernous arena while his straggly grey hair hangs down.

“The Police reunion tour covered five continents and made $360 million. The Guns ‘N’ Roses reunion made $584 million. Abba reforming, in contrast, is a crass commercial move ripping off the fans.

“Reconciled after 40 years? Some kind of artistic rebirth? No, I’m sorry, all those terms are reserved for proper bands. This is no better than an 80s nostalgia show at Skegness Butlin’s.”

He added: “I’ve heard a rumour The Jam are reforming. Oh my God, that would be the greatest gig of my life. I’d pay two grand for a ticket.”