AN ‘anti-emoticon’ has been created, depicting a firm handshake.

The symbol, -><-, is a graphical representation of a businesslike hand-clasp with absolutely no suggestion of ‘fun’.

It was created by the Institute for Studies to mark the 30th anniversary of the annoying punctuation-based ’emoticons’ which are beloved of feelings-incontinent teenagers and people who own wacky ties.

Professor Henry Brubaker said: “As you can see, it’s a strictly functional symbol. It kind of says ‘I have no feelings of warmth towards you whatsoever, especially within the context of this email’.

“Also it’s a neat alternative to the growing trend for straight men to sign off their emails to each other with an ‘x’ like they were Italian or something.”

However emoticon fan Nikki Hollis said: “It looks like a cute cat’s face, look at the middle bit, that’s his whiskers. And the dashes are his eyes. Awww.”

There have also been claims from teenagers that -><- looks like two penises touching.

Jesus's 'wife' was massive pain in the arse 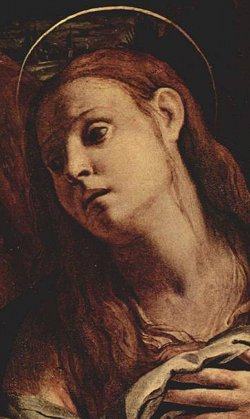 ACCORDING to a fourth century papyrus Jesus had a wife that he absolutely despised.

A passage in the ancient text describes a dialogue involving Jesus where the founder of Christianity says ‘for God’s sake don’t get married – my wife is a nightmare’.

He then tells his disciples about her terrifying mood swings and rank hypocrisy and confirms that ‘loving thy neighbour does not count if you live next door to Mary Magdalene’.

According to the text, written in Egyptian Coptic, Jesus added: “Sometimes I wish I really was the Son of God. That would shut her fat face.

“‘Did you fix the shelf in the bathroom?’ No I didn’t because I’m the Son of God. ‘Can you pick up some milk on the way home?’ Sorry, too busy, Son of God. ‘Why do you hate my mother?’ Because she is a horrible old bitch.”

In a subsequent passage, which scholars say was probably removed from an early version of the Gospel of John, Jesus looks down from the cross and says ‘what’s she doing here?’.

He then launches into a tirade against his wife insisting: “I wouldn’t be up here if it wasn’t for you, you sour-faced harridan.

“I wanted to be a carpenter but you just had to have a new donkey.”

Jesus adds: “‘Peter’s wife’s got a new donkey’, you kept saying. ‘Make some speeches, get yourself noticed, try and get a book deal’.