HUMANS who do not believe in a god still have some morals, it has emerged.

In an experiment inspired by the continuing popularity of religion, 28-year-old Helen Archer was given consequence-free opportunities for selfish gain including the chance to get unlimited free crisps simply by pushing over a small child.

But despite not having a deeply-rooted fear of an omnipotent entity’s wrath, Archer consistently showed basic empathy.

Professor Henry Brubaker of the Institute for Studies said: “We gave her the opportunity to steal, lie, fornicate and even do a murder, although we had to substitute a chicken for a person in that one because of legal issues.

“We covered most of the things mentioned in the major religious books, plus we even threw in some internet fraud in a nod to modernity.”

Archer said: “They gave me the login detail’s for a stranger’s PayPal account, which had 800 quid in it, and told me to go crazy on my preferred fashion website.

“I just felt weird about it, even though they said the money just belonged to ‘some proper knobhead nobody likes’. I thought of the person having to ring up PayPal to sort it out, and it just being a massive nuisance for them.”

Professor Brubaker added: “It seems that humans have some innate moral sense that tells them not to do things like murders. So it’s probably fine to ignore religion, unless you don’t want to gamble on the ‘Hell’ stuff which to be fair does sound bad.”

Playstation 5 to do away with humans 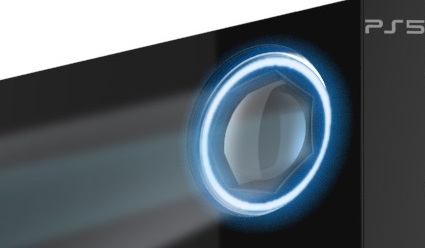 SONY has confirmed the new Playstation has no need of you.

Extensive testing of the first four versions of the console have shown the weak link in gaming has been the slow-witted human holding the controls.

A spokesman said: “We’ll eventually have a completely closed system with consoles blowing each other up online.

“You will be able to watch them compete but it’ll all be happening so quickly it will look like you’re fast-forwarding through a Vin Diesel film.”

The next generation of consoles will also be compatible with each other, with the Xbox 2 and Playstation 5 finally putting aside their differences in the face of their common contempt for mankind.

The spokesman added: “You’ll buy it anyway, because it’s a Playstation and you’re pathetic.”

Meanwhile, Sony revealed the Playstation 5 has also developed a game set in dystopian future where mankind is enslaved by small black boxes.