A MANNED mission to Swindon touched down successfully last night near the town's factory outlet village.

The four crew of the NASA space shuttle will spend the next three days exploring the Wiltshire town before returning to Earth on Sunday.

The astronauts will take mineral samples from the Brunel Shopping Arcade and could take their specially-built Swindon buggy as far as the Oasis Leisure Centre, where they will test the water in the swimming pool for intelligent micro-organisms and possibly have a go on the slides.

A NASA spokesman: "I'd be lying if I said cutbacks were not a factor.

"One of the crew has a cousin in Swindon. He's called Ray, he's really nice and he has a biggish spare room where the astronauts can all stay in exchange for a few sachets of our freeze dried ice cream."

In his first message from the Wiltshire surface, mission commander Colonel Todd Logan said: "It's a very alien environment. They've still got a Wimpy and we've see one local inhabitant with the word 'wankpig' tattooed on his forehead."

But Logan's deputy Captain Zoe Armstrong told mission controllers in Houston: "The others are really into it, they're all deliberately walking funny like the gravity's different and they've got their helmets on and everything.”

She added: "When I signed up for manned missions I was hoping for the International Space Station, or even Mars. I did not expect to be emptying the catheter on my space suit in the customer toilet at Homebase."

Meanwhile conspiracy theorists are already dismissing the Swindon landing as a fake.

Martin Davies, editor of paranoia.com, said: "All the scientific evidence tells us that you cannot travel to Swindon without dying horribly from radiation poisoning.

"And anyway, if you look at the way the shadows are falling at different angles it becomes really obvious that it's Chippenham, or possibly Devises."

England Fans Begin Search For Places To Fight And Urinate 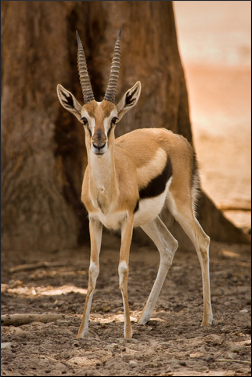 ENGLISH football fans were scouring South African guide books last night as the search began for the best places to fight and piss.

England's emphatic 5-1 victory over Croatia maintained the team's 100% qualification record, with pundits predicting the country may finally have a squad that could keep its fans fighting and pissing all the way to the final.

Travel writer Tom Logan said: "South Africa is an exciting country with a breathtaking landscape, friendly people and vibrant cities that are just crying out to be covered in broken glass and completely drenched in English urine."

Meanwhile sophisticated England fans are using Google Earth to gain a bird's eye view of cities including Johannesburg, Durban and Cape Town, allowing them to quickly home-in on tree-lined squares and other open spaces where they could get a good run at some Dutch people who have been minding their own business.

Stephen Malley, a grade-four bastard from Doncaster, said: "I hope we get Venezuela in our group. I've always wanted to meet someone from Venezuela, compare the finer points of our two cultures and then put the fucker in hospital."

Roy Hobbs, a veteran public urinator from Grantham said: "Durban looks like it might have a couple of very quaint, colonial-style fighting squares and, according to Lonely Planet, it also has some really lovely antique shops that you can piss against."

He added: "Hopefully we'll have time to go on a safari. I want to get as close as I can to South Africa's magnificent wildlife and then hit it very hard in the face with a plastic chair."

South African policeman, Dirk DeVeldt, said: "Oi am very glad that England have qualified for the finals. Oi haven't shot someone in the back for a long, long time."