IT would have been cheaper and easier to decommission Sellafield using 1978’s The Medusa Touch, it has been confirmed.

As the cost of closing the nuclear site heads toward £70 billion, experts said reanimating Richard Burton and then inventing telekinesis would have been much more efficient.

In the supernatural thriller Burton plays an angry psychic who can kill people with his mind. After he crashes a plane into a building and blows up a spaceship, Lee Remick decides he is a nutcase and beats him half to death.

But as he lies in his hospital bed, covered in bandages, he destroys a cathedral and then scribbles ‘Windscale’ (the 1970s word for Sellafield) indicating that he cannot be stopped.

Professor Henry Brubaker of the Institute for Studies said: “First of all, £70bn is correct. That wasn’t a typo. Feel free to lose your mind.

“Secondly, we don’t necessarily have to use the reanimated corpse of Richard Burton. I’m sure Anthony Hopkins could step in. And obviously there’s Michael Sheen.

“Meanwhile, we reckon that developing a reliable method of telekinesis would cost £15-£20 billion and we could have the site cleared in about a fortnight.

“Or we could just carry on doing it with a child’s knife and fork.”

Should we do something about all this water? ask MPs 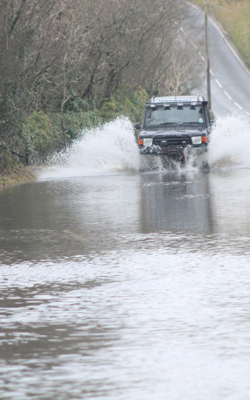 THERE’S quite a lot water around these days isn’t there, according to a committee of MPs.

A report has found that Britain gets a lot of rain and that we should probably start thinking about where we want to put it.

The report states: “Apparently this has been going on for while. Each year it rains – for ages. It now appears that some of this stuff ends up inside people’s houses.

“It would be too easy to blame internal rain water on Britain’s beleaguered door industry. Of course, too many of our doors are simply not good enough, but we need to ask ourselves ‘what else – if anything – can we do?’.”

The committee has now called for a complete overhaul of British door production and urged the government to buy 40 buckets.

Additional measures could also include fines for any river that rises more than six inches in 24 hours, ‘something involving canoes’ and ‘a test’.

Committee chairman, Sir Denys Finch-Hatton, said: “The door thing is probably worth a try but I suspect most of you are going to drown.”