YOUR children are stupid, it has emerged.

Researchers have found that late bedtimes and slapdash bedroom routines have less effect on children’s behaviour than their innate idiocy.

Professor Henry Brubaker of the Institute for Studies said: “Unfortunately your children’s dickish behaviour is not connected to anything you can change.

Murray knighthood would be like 'world's greatest dad' t-shirt 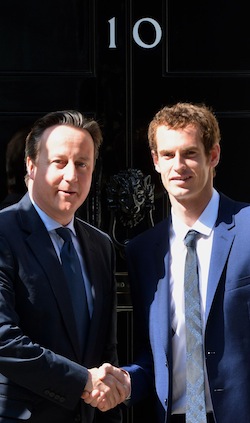 AWARDING a knighthood to Andy Murray would be a bit pathetic, it has been confirmed.

Experts said that making the 26 year-old ‘Sir Andrew Murray’ because he did his job properly would be embarrassing for him and he would probably only use it on the anniversary of his Wimbledon victory.

Professor Henry Brubaker, of the Institute for Studies, said: “He’s not your lovely old dad who you, quite mistakenly, believe is in desperate need of this shallow, pointless validation.

“He is a young millionaire with a world class girlfriend and he understands that a ‘Sir Andy t-shirt’ says far more about you than it does about him.

Professor Brubaker stressed that if Murray is awarded a knighthood he will turn up at tennis tournaments looking thoroughly awkward and mumble something about how his ‘fellow subjects got it for him so he kind of has to use it’.

He added: “By the way, David Cameron says he can’t think of anyone who deserves a knighthood more. And he visits hospitals, schools and charities all the time.

“It is so incredibly embarrassing.”

A source close to Murray said: “Just like your dad, he would gladly swap the t-shirt for just being left alone.”