Bats would rather do it with other species

THE UKs bats are not having sex because they find each other weird-looking.

As it emerged that the bat population is plummeting, bats explained that this is because they would much rather do it with other species.

Horseshoe bat Roy Hobbs said: “Even the hottest lady bat still looks like a tiny dog with a melted nose and two bits of leather stapled to its shoulders.

“I’d much rather bang a cat. Or maybe a horse, they’re very sleek aren’t they?”

Common pipistrelle bat Mary Fisher said: “I find foxes quite sexy, and even rabbits. Probably because, unlike bats, they don’t look like loads of different species haphazardly welded together.

“If bats are going to survive, we need to get past the fact that we look fucked-up.

“Personally it’s about sexual creativity in the belfry. My partner and I try different things like smearing each other with insect juice and licking it off.

“Also, flying is very exhausting and often you just want to hang suspended by your claws. That’s why it’s important to make ‘us time’ to do things like eating a hairy moth together.” 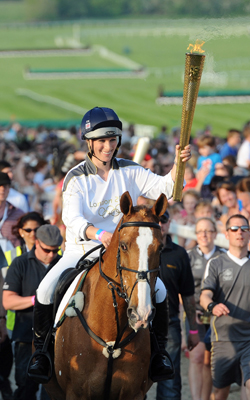 THE announcement of a rival royal baby means that full-scale civil war is now inevitable.

The offspring of Zara Philips and her husband – who are collectively known as the ‘House of Tindall’ – will be born in a remote tower, guarded by Princess Anne’s loyal private army.

Historian Emma Bradford said: “This is clearly being orchestrated by Princess Anne, who has been ill-disposed to the Queen ever since Anne got a massive bollocking for letting her bull terrier mount a corgi.

“Manipulative Anne has constructed the Tindall baby’s claim to the throne based on some princess in Normandy 300 years ago whose child was a changeling.

“Clearly all that type of stuff is fantasy-book bullshit anyway so the details are irrelevant, but you get the idea.

“The start of civil war is pencilled in for spring 2014 with a bloody clash on Clapham Common.

“Zara’s equestrian army will be on horseback armed with pikes, while the Windsors will have mostly pensioners and Hello! magazine readers with lame plastic swords.

27-year-old Stephen Malley said: “I’m siding with the rival baby. Zaras kids will definitely have a real play to win mentality, whereas Kates baby will almost certainly be a bit wet and into farmers markets.

“Will this be a proper medieval-style war? I hope so, because I’ve always wanted to clobber my workmates with a double-headed axe.”

Rumours of impending war were further fuelled last night by the appearance of official spears, axes and other merchandise on the Party Pieces website.