SCIENTISTS engaged in cutting edge bio-genetic research will be condemned to the eighth circle of Hell, surrounded for all time by panderers and seducers, the Vatican said last night.

Setting out a new list of deadly sins, the Church warned that those involved in unlocking the structural nature of the human genome will be scourged by horned demons and be forced to eat fire for at least the first half of all eternity.

The new rules, developed by the Supreme Tribunal of the Apostolic Penitentiary – the Vatican's modernising wing – include:

Scientists who conduct stem cell research using state-of-the-art electron microscopy will be condemned to the second ditch of the eighth circle of Hell, where they will wallow in pools of their own excrement.

People who make large sums of money through a series of complex trades on the international futures exchange will be condemned to the fourth circle, where they will push large rocks around until the end of time while being taunted by crows.

Anyone who fails to set up a monthly direct debit to Opus Dei will be forced to endure the fifth ditch of the eighth circle, which is filled with boiling oil and guarded by 10 untrustworthy demons.

Those who drive their hybrid cars using the petrol engine, instead of the electric motor, more than 50% of the time will be cast into first ring of the ninth circle, where they will suffer alongside Traitors to Kin and have their head frozen in a block of ice.

Meanwhile, people who manufacture or consume synthesised drugs, such as ecstasy and meta-amphetamine, can look forward to eternity in the third circle, where they will endure a constant, heavy rain and be terrorised by Cerberus, the three-headed dog.

School Leavers To Pledge Allegiance To Some Old Cow 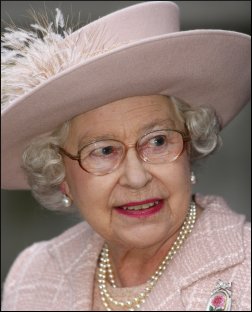 SCHOOL leavers will be forced to swear allegiance to some stinking old cow even though they have never even met her or nothing.

The government has totally got this plan, right, to make teenagers go into this big room and say all these nice things about this totally minging old bird.

Then the teenagers, right, will have to say how great it is being British and all that, and totally promise not to behave like arseholes all the time.

But the teachers, right – get this – the teachers are totally saying it's all bollocks. They're saying 'no way, man, that's like total shit'.

They're saying that the teenagers shouldn't have to do nothing, if it's like totally against their feelings and shit. And that's the teachers, right?

It's like, 'look at me, I've got a job and I'm dressed all nice and I'm like totally the same as everyone else'.

And get this, right, they also want to change the national anthem and that, and take out all that stuff about the Scottish. The Scottish right? Are they even English?