FACEBOOK should introduce a button allowing you to send vile abuse and bloodcurdling threats to people automatically, internet users believe.

After the site trialled a ‘downvote’ feature, users said they would prefer a way of expressing deranged, completely out-of-proportion hatred for anyone they have a slight issue with.

Office worker Martin Bishop said: “If a friend posts something mildly feminist I want to be able to reply ‘JUST FUCKING DIE FEMINAZI BITCH!!!’, ideally with a smiley brandishing a knife.

“Facebook needs to get its act together because it’s falling behind social media like Twitter where users can gang up and ruin someone’s life for not liking the new Deadpool trailer.

“All I’m asking for is a button with a few options like ‘Fucking libtard!’ or putting their address and phone number online for anyone to see. It’s incredibly sraightforward.”

Hairdresser Nikki Hollis said: “Facebook needs to give us the online tools of hate and fear we’ve been asking for, not just let us downvote someone’s selfie and make them feel insecure.

“I’d like to anonymously tell minor celebrities there’s a bomb under their car. You won’t be so full of yourselves then, will you Jack Monroe and Gemma from TOWIE?”

Facebook is now trialling a drone that can fire a  brick through someone’s window if enough people dislike their holiday snaps. 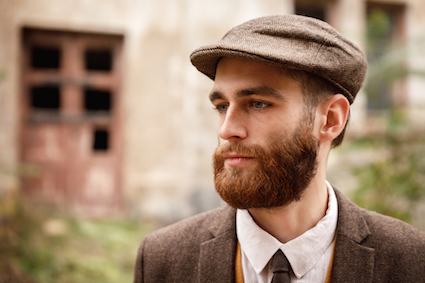 A MAN who completed a DNA test has turned up at work with a bizarre accent.

Tom Booker has affected an accent that seems to combine Cornwall, the Highlands and northern France, less than 12 hours after receiving the results.

Booker’s colleague Nikki Hollis said: “Tom normally talks like a posh boy from a Sussex commuter town, because that’s what he is. But yesterday he came into the office and immediately asked if anyone wanted a ‘carp of toi or coiffee’.

“He was also wearing a hat I’d never seen before, and what looked like wooden clogs for some reason.

“When I asked if he was OK he just shrugged, told me to relax and explained that ‘you British are too uptight’.”

Booker added: ” Turns out I’m 3% Irish, 2% Dutch, one-sixteenth German and almost 1% Armenian. It’s now my duty to make sure the dialect of my people doesn’t die out.”