Drunk you is the real you

YOUR behaviour when you are drunk represents your true personality, scientists have confirmed.

The Institute for Studies found that a person’s sober character is just a thin veneer of fake politeness disguising an un-coordinated frothing fight-beast that lurks within.

Professor Henry Brubaker said: “Sober behaviour emanates from the outer part of the brain, the little bit which is concerned about what other people think.

“Alcohol clears the neural pathways allowing the inner region of the brain, the one that speaks freely, to take control of your motor functions and start trouble.

“It’s a shame that this ‘inner voice’ so often says ‘have a fight’, ‘show off’ or ‘climb up that high, dangerous thing’ but that’s just what humans are like I suppose.”

He added: “So if you are a ‘bad drunk’ that actually means you are a bad person.”

Office worker Mary Fisher said: “I always thought I was an essentially decent human who was only turned into a stiletto-wielding hell bitch by the pernicious influence of alcohol.

“On closer reflection I do want to kill pretty much everyone and would much rather urinate on the pavement than in some claustrophobic cubicle.” 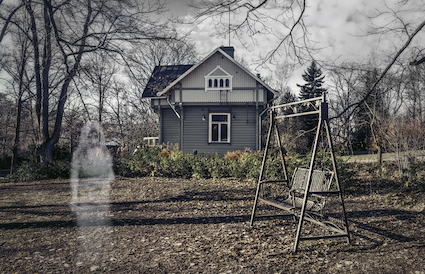 GHOSTS are a load of bollocks, it has been confirmed.

Paranormal investigator Emma Bradford said: “I tried looking at all the compelling evidence for the existence of ghosts but there isn’t any.

“Why would a lost soul, trapped between the worlds of the living and the dead, move a pint glass two inches to the left or open a cupboard door several times? Surely they would do something a bit more intense.

“The only people who believe in ghosts are little kids, insomniacs and grannies – who obviously have a vested interest in there being life after death.”

She added: “However I am still scared of them, especially headless horsemen.”