Friend sends urgent 3.30am text about maybe having a midweek pint

A MAN has been woken in the middle of the night by a friend’s urgent text about maybe having a pint.

Stephen Malley was woken at half three by the urgent vibration of his phone, sparking confused fear that something really bad must have happened.

However on examining the phone screen, Malley saw a text from his friend Julian saying ‘PINT SOON??’.

Malley said: “Perhaps he was asleep himself, then sat bolt upright and said ‘Christ, I’ve not see Tom for ages’, like it was a massive emergency. Or maybe he’s just a dickhead with no sense of consideration.

Julian Cook said: “I thought Steve would probably have his phone on ’sleep mode’ at night, or at least that’s what I told him when he had a go at me. To be honest, I didn’t think about anything except wanting a pint.

“That’s because I am a feckless lazy bastard who often wakes people up for no good reason.”

Nobody getting harassed in Games Workshop 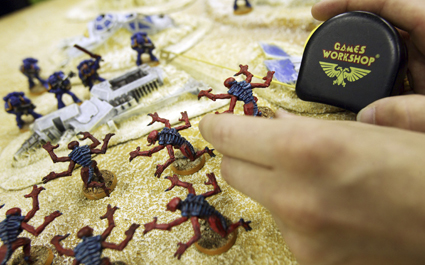 WOMAN are very safe in Games Workshop, it has been confirmed.

Amid sexual harassment in almost every walk of life, it was confirmed that no woman had ever been bothered in a branch of the fantasy gaming shop, with staff sometimes struggling even to make eye contact.

28-year-old Nikki Hollis said: “Some lads were making rude comments about my dress so I decided to nip into a Games Workshop. I found myself in a sort of haven from predatory behaviour.

“A nice man with an asymmetrical beard asked me if I was ‘a hobbyist’, although I didn’t initially realise he was talking to me because he was looking at the floor.

“There was another man with purple hair who was eating crisps, and a group of young kids who looked like the cast of Stranger Things but paler. They asked me if I’d like to help paint an orc.

“The only awkward moment came when I asked if they sold  Snakes & Ladders or Ludo. They politely but sternly explained that those sort of games are sold in toy shops.”

She said: “It was a heart-warming experience, although I’m not sure what I’m going to do with a figurine of a ‘rat demon’ and a book called The Horus Heresy.”