RISING CO2 levels will cause statues to come to life and wreak blood-thirsty revenge on their human tormentors, scientists warned today.

According to climatologists at Dundee University, increased CO2 levels will bring about a quantum shift in the molecular structure of statues and within a few years they will undergo a process known as de-statufication.

The experts believe the statues will then break free of their plinths, destroy or enslave their captors and take over the planet.

Professor Bill McKay said: "Statues have no soul. They do not know what it is to love. Therefore they will seek to destroy all that is not a statue. This is quite worrying.

"The last thing we need is a 20ft tall cast-iron Richard the Lionheart rampaging up Whitehall, or a puritanical Oliver Cromwell going on a killing spree and then banning musical theatre.

"In a bizarre twist Mel Gibson could find himself being torn limb from limb by the statue of him as William Wallace in Braveheart. In which case, it's not all bad."

Professor McKay called for the immediate destruction of all statues, adding: "I don't want to be standing in a pile of smouldering rubble surrounded by hysterical commuters saying 'I told you so'." 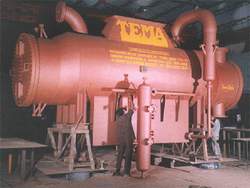