GOOGLE’S computer glasses immerse the wearer in the fantasy world of children’s TV show Knightmare, it has emerged.

The corporation gave its 30something male software engineers free creative rein, a decision which would inevitably lead to swords and sorcery.

Google Glass beta tester Tom Logan said: “You put them on and suddenly everything looks like a massive dungeon.

“A disembodied voice says things like ‘get the magical goblet’ and ‘avoid the dragon, sidestep to your left’.

“I had a sword battle with a hill troll and then took off my Google glasses to find I was in a work meeting and had stabbed the HR guy with a marker pen.

“Also my girlfriend gets really annoyed because when we go to restaurants I just order ‘whatever will replenish my life points’.”

Logan’s girlfriend Emma Bradford said: “We talked about buying a house and having kids but since he got these glasses his main goal has become finding a magical scroll.

“When I try to discuss it he says I’m just an obstacle on his quest and offers me an apple to let him pass.”

Top of Everest 'quite a rough area' 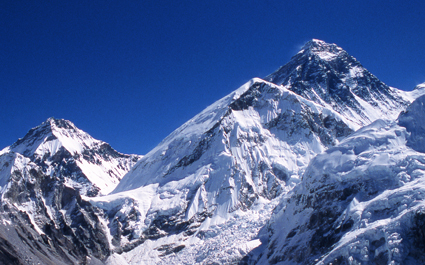 YOU’RE better off avoiding the top of Everest at night, it has been claimed.

After a brawl broke out between climbers and sherpas, locals said they wouldn’t recommend going to the summit after dark.

Base camp resident Roy Hobbs said: “Everest used to be such a nice mountain, but now its always kicking off up there.