'If you haven't experienced it, it may still exist', experts warn

EXPERTS have confirmed that it is possible that even if an issue has not directly impacted your life, it may still be real.

A new study has uncovered a range of feelings, experiences and behaviours that are independently verifiable, even if every single person on the planet has not experienced them.

Professor Henry Brubaker of the Institute for Studies said: “We are in the early stages of testing this radical new theory, but evidence is emerging that different perspectives are not the result of one side being massive fibbers or stupid bellends.

“It’s about making the cognitive leap from ‘This is a foreign concept to me and therefore bullshit’ to ‘This is a real concept for many people even though I can’t get my noggin round it’.

“This could have profound implications for how we live, or we could each decide to stick with what we know and call anyone who says they have experienced something we do not understand a lying bastard.

“People are lazy f**kers, so it’ll probably be the latter.”

Woman desperately wants you to notice her engagement ring 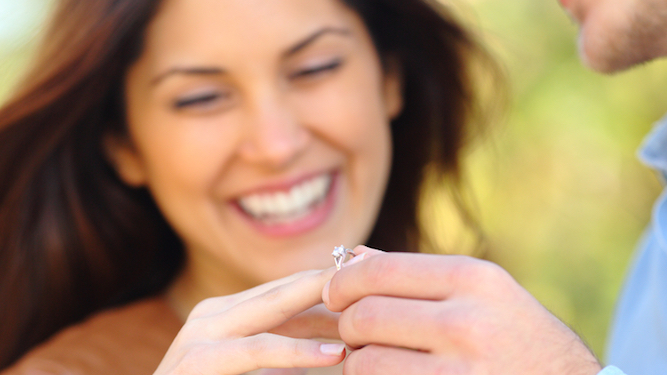 A WOMAN is going to extreme lengths to make people comment on the large gemstone on her finger, it has emerged.

Since being proposed to, Charlotte Phelps has been holding her hand in a variety of strange positions so everyone will be forced to acknowledge that she is getting married soon.

Friend Nikki Hollis said: “I clocked the ring immediately. I just didn’t say anything because I wanted to see how long she’d walk around holding her hand out weirdly.

“Or dangling her arm and pretending her hand was really heavy. She did stop for a bit when I asked if she’d had a stroke. But then she kept adjusting it so you couldn’t ignore the constant f**king fidgeting.

“Why couldn’t she have just posted a black-and-white photo of her hand to Facebook with a faux-humble caption like everyone else? I could’ve given it an insincere ‘like’ and we could all move on.

“Now if I ask her about the ring in person there’s a very real danger she’ll invite me to the sodding wedding. Which would be a bit awkward because I’ve been shagging her fiance behind her back.”