THE internet is to be cut from 640 million websites to 97 multi-purpose pages.

To make cyberspace more manageable by governments, the current sprawl of Gangnam Style and modified vaginas will be deleted in favour of a functional net that can be read by a policeman in less than four hours.

Professor Henry Brubaker, of the Institute For Studies, said: “There will be one blog, edited by a committee of idiots and read by no-one. Meanwhile, all the shops have been replaced with Amazon, which simply saves five years of market forces.

“Rather than several billion Tweets there will just be one saying Justin Bieber is a eunuch and another one from Caitlin Moran to Chris Addison about meeting Giles Coren for a drink. We havent bothered replacing Facebook. Obviously.”

Just seven of the edited pages will feature pornography after research found that the seemingly-infinite spectrum of sexuality actually involves doing eight things to five holes.

Any further additions to the internet will be agreed by international agencies on a one-in, one-out system, with any future boybands replacing the current page showing One Direction forming a human pyramid.

The current internet will be switched off on 31 January and Brubaker has advised people to take down their recipes, holiday photos and opinions and keep them in a shoebox at home where they have always belonged.

He added: “Any further questions will be answered on the internet’s sole news page, which is going to be the Daily Mail because that’s the one you fuckers chose.” 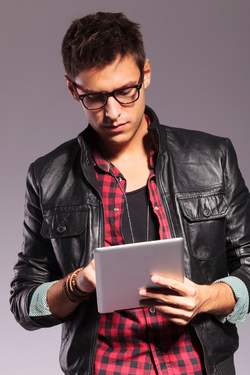 THE snow has praised its PR and marketing team for this year’s ‘South East: It’s All White’ campaign.

The flakes of frozen water said its strategy of focusing resources on London and the home counties had delivered ‘unparalleled levels of brand exposure’.

The snow said: “I just want to thank Tom Logan, Jules Cook and the girls in the back room for this stroke of genius.

“When they first brought it to me I said, ‘I’m snow, I need to be everywhere’ but they had done their numbers, they had spoken to the key people and they did a presentation that was straight out of the top drawer.

“If we had tried to buy this we’d be looking at 1.2 maybe 1.8 mil, if you include digital. Champagne cocktails at Soho House tonight. I think we’ve all earned it.”

PR consultant Martin Bishop said: “They have seized an opportunity, but it’s no different to what rain did a couple of years ago and even that was just a reboot of the hurricane campaign from 1987.”

After hitting its Q1 brand awareness target, the snow is now focusing on the parts of the UK that do not matter.

The snow added: “I have long-standing obligations in Scotland. Sometimes this is just a job.”