iPad 3 to be obsessed with prostitutes

THE latest version of Apple’s tablet computer will have the personality of a syphilitic Victorian judge, it has emerged.

In its ongoing struggle to add new features, the company confirmed that the iPad 3 is deeply misogynist, with a voracious appetite for pubescent prostitutes and an obsession with its own non-existent bodily functions.

Using the ‘Siri’ voice simulation technology, the machine will constantly mutter to itself in a semi-coherent, impeccably-accented English, repeating the phrases ‘majestic sluts’, ‘rumpus time’ and ‘dry your eyes, my precious one’.

During a demonstration, the iPad 3 said: “Pray help me doctor, once again there is blood in my stool pan.

“Take me to the bawdy house, you cod-eyed wastrels.”

An Apple spokesman said: “This machine reflects how we’re really just trying to keep ourselves interested.

“As long as it’s shiny, all the factories in all the hot countries of the world combined will be unable to meet demand, even if we ordered their governments to introduce a 39-hour working day.”

Technology journalist Nikki Hollis, who tested a prototype iPad 3, said: “It offered me a juicy, ripe plum in exchange for sex, then threatened to send me to the workhouse.

“It doesn’t really respond to touch, or verbal commands. It smells of port-infused sweat, pipe tobacco and mothballs.

“You need it in your life.”

Cameron to make being drunk much safer 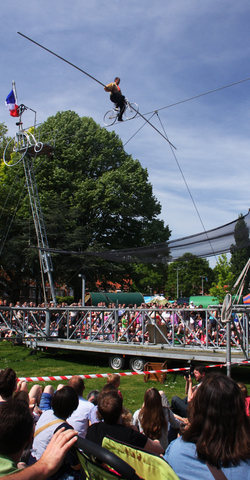 DAVID Cameron is to launch a series of initiatives that will make being paralytic much safer and more convenient.

The prime minister wants Britain to stop worrying about alcohol poisoning and nasty head injuries and go out and get as drunk as it possibly can.

Mr Cameron will announce a series of ‘drunk-safe’ measures today including:

US style ‘drunk tanks’ where people can sleep it off in safety rather than adopting the foetal position in the middle of a busy road.

More police in A&E units to stop the utterly hammered from beating the hell out of each other.

And ‘booze buses’ manned by paramedics that will scour the streets looking for drunk people and then give them hot tea and a Pot Noodle.

Mr Cameron will also tell business owners that while ‘hi-jinx’ by gangs of violently drunk young men is a fact of life, he is sure their fathers will pay for any damage.

Meanwhile, The government will introduce minimum pricing for alcohol as a way of making money.

Helen Archer, a six-night-a-weeker from Stevenage, said: “Now I can get even more drunk knowing there is a massive, publicly funded safety net for me to fall into face first with my underpants around my knees.”

Tom Logan, from Hatfield added: “It’s like the prime minister has wrapped me in cotton wool and challenged me to a drinking game that I am absolutely determined to lose.”

Professor Henry Brubaker, of the Institute for Studies, said: “We proposed a scheme whereby all the drunks in a town centre are herded behind a police cordon, one of them is chosen at random and released and the rest just stand there and watch as he stumbles into the road and gets fucked-up by a nightbus.

“Then the officer in charge turns to the crowd and says ‘any questions?’.”

A Downing Street source said: “As we hurtle towards the point where the economy stops being Gordon Brown’s fault it is important that we keep everyone very, very drunk.”