MAGIC mushrooms could help people to hallucinate they are on the property ladder.

After magic mushrooms were shown to help in the treatment of anxiety, scientists believe they can make people imagine they own a nice house with a fancy kitchen.

Researcher Dr Stephen Malley said: “In our most successful experiment, a man believed he was relaxing in his £750,000, eight-bedroom house in Cheshire. In fact he was sitting on a crate in the middle of a car park in Doncaster.”

However Malley warned there were risks, such as people thinking they were stepping out through their patio doors when they were actually climbing out of a window on the 19th storey of a tower block.

Test subject Tom Logan said: “My depressing bedsit turned into a big detached house in the Lake District, although I’m not sure what Elmer Fudd was doing there.

“I think the dose was too high though, because eyeballs and demons started coming out of a blazing vagina that suddenly appeared in my automatic garage door.” 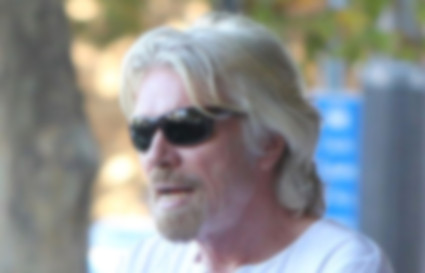 THE reclusive tycoon at head of the Virgin corporation has been revealed as ‘Richard Branson’.

For over 40 years, the Howard Hughes-like figure at the heart of this enterprise has jealously guarded his identity with only one photograph of him known to exist.

Julian Cook, the investigative journalist who tracked down the billionaire, said: “It seems Branson wanted products such as Virgin Cola, Virgin condoms and Virgin Supersaver Economy Returns To Mars to stand or fall by their own merits.

“He is not the sort of man who would attach his bearded, grinning countenance to every Virgin campaign in the belief that this would make him come across as some sort of hero of the people.

“Appearing in every commercial involving his products as if he were personally beloved, rather than reluctantly tolerated, would be sheer anathema to this deeply private man.”

Cook added: “He wants only to be left in peace so he can dedicate himself to looking at something someone else has done, then do something very similar but with ‘Virgin’ in front of it.”