Neanderthal Man 'Was Capable Of Being A Prick'

EARLY man often indulged in intolerable behaviour similar to that of modern-day pricks, it has emerged.

Archaeological evidence discovered by the Institute for Studies could overturn previous assertions that Neanderthals, although frequently brutish and warlike, were not capable of being pricks in the commonly-understood sense of the word.

Professor Henry Brubaker said: “We had assumed that the phenomenon of prickishness developed far, far later in human history, in the Middle Ages when houses first started to be bought and sold, and the newly-moneyed individuals involved in this trade began to affect flamboyant footwear and refer to themselves in the third person.

“Given the constant struggle for survival that was life in the Late Pleistocene era, you wouldn’t have thought that early hominids would have had time to get all full of themselves and annoying.

“But on this latest expedition we discovered cave paintings depicting petty boundary disputes, and scenes where a given individual appeared to roll up after another tribe had been decimated by a pestilence, seemingly just to convey the information that his tribe has been unaffected and had in fact been enjoying tremendous success at meat-getting.”

It is unclear whether being a prick conferred any evolutionary advantage.

Professor Brubaker added: “Crude symbols on the entrance to one particularly ancient cave network appear to translate as ‘no turning’. It’s not clear what might have been turning, perhaps some sort of very crude hand-pulled cart.

“And a row of small boulders outside the cave door appear to fulfill the same function as bollards, namely to prevent parking.

“I mean, imagine doing that before cars even existed. You’d have to be such a fucking prick.” 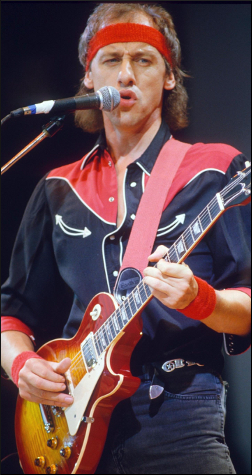 THE thing you keep your stuff in that’s owned by the bank and that no-one wants to buy anyway is worth £6000 less than it used to be, according to new research.

The Halifax monthly thing price survey found that if there was even the slightest possibility of anyone wanting to buy the place where your stuff is you would just end up owing the Halifax even more money.

A spokesman said: “This is the biggest thing price fall since there were records. So, that’s maybe 1984? When did Brothers in Arms come out?

“Anyway, what it means for the likes of you is that for the time being you should probably just keep living there, giving us our FUCKING MONEY every month and making yourself feel better by putting up a new coat hook as part of your elaborate pretence at ownership.

“When it’s time to MOVE THE FUCK OUT we’ll send you a really nice letter with lots of confusing numbers on it.”

Helen Archer, who has permission from a group of Spaniards to keep her stuff in a two bedroom thing in Finsbury Park, said: “Sometimes I think about not paying the Spaniards and then I imagine what it would be like if everyone did the same.

“And sometimes I mention this to other people and they shout at me very loudly and say, ‘No! That would be very very bad! Everyone would die!’ And then they call me a ‘stupid bloody cow’.

“But I’m pretty sure that everyone would actually be just fine and then we would all have a place that really was our own. But I don’t say that out loud. Because of the shouting.”

She added: “Do you like my new coat hook?”