No stupid person ever made clever by fish and nuts

STUPID people are not transformed into geniuses by eating oily food, it has emerged.

As it emerged that Omega-3 may not have the mental benefits previously assumed,  idiots confirmed that eating a special diet had not made them any cleverer.

Stupid person Emma Bradford said: “I was so thick that ITV2 programmes often went over my head. Then I started eating a special brain-boosting diet, with lots of fish because that is rich in Defcon-3 or whatever it’s called.

“The results have been underwhelming and I still often think domestic cats are baby tigers.”

Neurologist Roy Hobbs said: “The greatest minds in history had terrible diets. Isaac Newton lived on cheese and port, Einstein just ate whatever stale scraps were lying around his laboratory and washed them down with beakerfuls of flat Vimto.

“And Stephen Fry exists entirely on Ginster’s pasties that he warms up in his microwave so that they go a bit soft.

“Basically, if you’re not very bright that’s kind of it really. Sorry.”

'Yuppie' no longer a word because everyone like that now 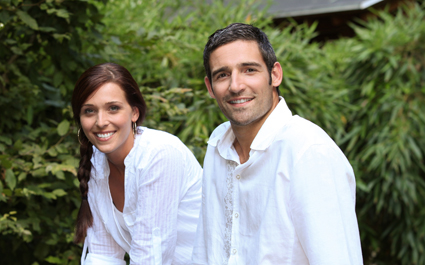 THE term ‘yuppie’ is not used any more because everyone behaves like that these days, it has been claimed.

The word emerged in the 1980s as a derogatory term for people obsessed with money, mobile phones and their stupid careers. At the time they were widely considered to be dicks.

However experts say ‘yuppie’ has disappeared from usage because ‘constantly showing off’ now describes pretty much everyone.

Professor Henry Brubaker of the Institute for Studies said: “Nowadays those people are just called ‘people’. It’s what you and your friends are like.”

Professor Brubaker highlighted Michael Douglas’s character in the film Wall Street, who was devised as a villain but is now considered some sort of business guru.

However architect Tom Booker disagreed: “Money isn’t important to me and I never show off. I don’t need to, I earn £98K plus excellent benefits and manage an ever-growing team for a market leading company, so I am secure in that.

“My hobbies are the simple things in life, like cooking utterly amazing food that is a million times better than anything you could ever cook.”