PEOPLE who text you after a few minutes to see why you have not replied to their message should piss off and get a life.

They are also advised that sending ‘Hello?’ or ‘Are you okay?’ when not receiving a reply straight away is more likely to get them no response at all.

Lucy Parry said: “I WhatsApped my mate asking if she’s all ready for Christmas but after five minutes I’d still not heard back from her.

“I left it another minute, I’m not a psycho, then sent a few polite question marks in case she didn’t get my first message. The thing is, I saw she had been on WhatsApp three minutes previously so she must have seen it.

“So then I sent her a ‘HELLO?’, then a funny gif of a fat man looking confused, then a meme of Ryan Reynolds shrugging, and a short video clip of a cat stuck on a washing line, but still no reply. It’s so weird.

“All I can think is that someone has stolen her phone and is using her WhatsApp. That must be it.” 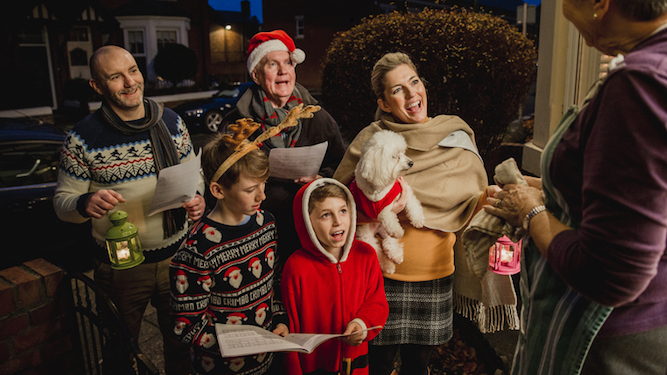 EVERYONE does Christmas differently, but some in-laws really push the f**king envelope. Here are some of their bizarre traditions to expect.

Your in-laws will drag you to some dreary service in the dead of night that lasts forever. When you politely ask if you can sit it out this year they will look at you as if you’ve suggested sacrificing a goat to Beelzebub instead. Strangely, they’re not even religious, the hypocrites.

Now that everyone’s discovered the joy of Settlers of Catan your in-laws have been forced to try something more obscure and middle class. Bad enough if it’s some Victorian game like ‘wink murder’. Infinitely worse if they’ve gone full Elizabethan and make you wear a jester’s hat as they throw a ball at you.

When your in-laws ask if you want to go door-to-door singing carols you’ll sarcastically say “Yeah definitely!” because they’re clearly joking, right? Sadly not. Very strange relatives will lend you a costume, or traditional choir singing robes. Even weirder if they call it ‘wassailing’.

Thanks to their reliance on baffling in-jokes and references, these anecdotes will only make sense to blood relatives. To you it will sound as nonsensical as Charlie Brown’s teacher, but it’s best just to laugh along if you want to stay for Christmas dinner.

Swimming in the sea

For your extended family, Christmas isn’t Christmas unless somebody comes down with pneumonia. As you dash into the freezing water you will briefly consider swimming off into the horizon because it’s probably less agonising than spending another Christmas with them.