POLICE have set up an avatar unit to tackle crime in online role-playing games.

The unit was established following an arrest for credit theft in the fantasy game RuneScape. It is run from a virtual police station in a ‘haunted forest’, by officers pretending to be elves.

Detective inspector Tom Logan aka Vandar Woodwalker of Shantar said: Initially I thought this was a waste of time but now I’m fully immersed I can’t distinguish between fantasy crime and real crime.

“What shocked me most was the casual nature of violent crime in internet role-playing games.

RuneScape players think nothing of smiting each other with maces and magic warhammers.

Part of our role will be to discourage battles and encourage players to pursue lawful activities such as fletching and potion-making.”

One of Logan’s officers recently required counselling after being labelled a fucking noob douchebag for halting a major conflict in World of Tanks.

Officer Stephen Malley, known online as Meril the Dwarf-Trader said: “I got into this job because I wanted to be like The Sweeney.

“If all this gets out I’m never getting to have sex again.”

The Avatar Unit is currently appealing for information on the theft of a magical shield that can turn its owner invisible.

Michael Bublé unable to do up a tie 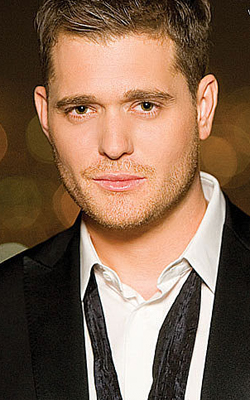 CANADIAN crooner Michael Bublé is incapable of doing up a tie.

The supermarket music-purchaser’s artist of choice had admitted that he is often depicted with tie undone because the knotting process befuddles him.

The confession came after Bublé was found unconscious in his dressing room, having almost strangled himself while attempting a simple Windsor knot.

Bublé said: “I was so embarrassed that at first I told police I was engaged in a solo sex game.

“All my life I’ve tried and failed to do up my neckwear. It’s just so confusing because when you look in the mirror right becomes left and vice versa. Or is it the other way around?

“At school all the kids would call me ‘messy neck’. I cried and cried, but the mental anguish drove me to become a world-famous artist.

“Hopefully I’m proof that being unable to properly put on a tie or bow tie doesn’t stop you achieving your dreams.”

Friend Stephen Malley said: Early in his career he had a tie his mum had done for him that he loosened every night and tightened the next morning, keeping the loop intact.

But since the cleaners threw that out hes desperately tried all kinds of methods, like throwing the tie in the air and running at it in the hope it will drape around his neck.

Bublé admitted the cover of his last album, which showed him trying to put a tie on, was one of approximately 16,000 such shots taken over a two-day shoot.