SENIOR police officers have been told to explain why they prevented rival gangs of West Ham and Millwall fans from beating from each other to death last night.

As violence flared at Upton Park, zoologists said riot police had no right to interfere with the natural process of evolution.

Experts have called for new guidelines that will allow football supporters to bang each other's skulls with baseball bats until the last retard standing finally clubs himself into oblivion.

Dr Tom Logan, of the Institute for Studies, said: "A full-on riot between West Ham and Millwall fans is a bit like Mother Nature's pruning shears.

"We do not intervene when a pride of lions takes down an antelope, or when rival baboons fight over who gets the biggest nuts.

"So when two sets of London football fans decide to have a fight, we should simply leave them be, while observing the awesome majesty of Darwin's genius."

It is believed the violence flared between the rival supporters after an argument over who would be the first to grow opposable thumbs.

West Ham fan, Wayne Hayes, said: "They was sayin' that one of 'em already 'ad fums and could use tools and evryfin'.

Britain Not As Good As 'The Guardian' Said It Was, Claims Top Tory 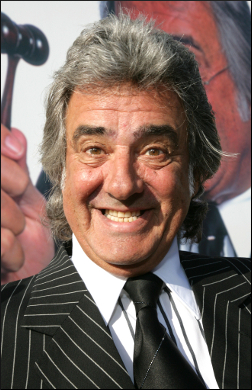 BRITAIN has become like The Wire, scarred by drugs and violence and nowhere near as good as The Guardian said it was, a senior Tory has claimed.

Shadow home secretary Chris Grayling said The Guardian had led people to believe that Britain was really cool and edgy with a broad Dickensian sweep, when it was actually just a lot of horrid people whose accents you could not understand.

Calling for Britain to be more like Bargain Hunt or Ready Steady Cook, he added: "Instead of swearing all the time why can't we just rummage about in our lofts looking for an old plate so that lovely orange man with all the hair can sell it for us at a car boot sale? Or am I thinking of Cash in the Attic?

"And instead of shooting someone in the face or being a corrupt local official, why can't we all challenge a well-known chef to make us a three course meal using only a parsnip, a bicycle helmet and a bag of marbles?"

A spokesman added: "With the right level of investment we believe Britain could be a spin-off from Buffy the Vampire Slayer or maybe even House. Wouldn't that be great?"

But the government dismissed the claims, insisting Britain was a cross between Desperate Housewives and Boston Legal or perhaps even a really good episode of Stargate SG-1.

A Home Office spokesman said: "Even in deprived urban areas it's generally My Name is Earl and certainly no worse than the second series of Hill Street Blues."