Herbal Highs Will Soon Be As Rare As Heroin, Say Experts

GOVERNMENT plans to ban so called ‘herbal highs’ will make the drugs as rare as a largely forgotten narcotic known as heroin, experts claimed last night.

Minsters are drawing up legislation to outlaw a range of legal drugs currently available through the internet including GBL, BFD, JML, KKK, and JJB Sports.

Professor Henry Brubaker of the Institute for Studies said: “History teaches us time and time again that banning drugs is a completely marvellous idea.

“After heroin was banned in 1924, use of the drug immediately ceased and there have been only three documented cases of heroin abuse in the last 85 years, all of them foreigners.

“Similarly a drug called cocaine used to be very popular until it was made illegal. Not surprisingly, all the people who manufactured it immediately stopped and either joined the Red Cross or became primary school teachers.”

He added: “Just think, if heroin and cocaine had not been banned then millions of people could have become addicted and it may even have led to the creation of a multi-trillion dollar industry run by insanely violent criminals called  ‘Pablo’.”

A spokesman for the department of health said: “Our research shows that no-one is going to go to all the bother of selling these drugs illegally. Why would they? Are drug dealers really that interested in money? I think not.”

He added: “Even if they did, it is extremely unlikely the drugs would suddenly become more dangerous and expensive. And anyway, it’s not as if anyone is going to steal things or mug old ladies just so they can buy drugs. I’d imagine that drug addicts, if they even existed, would be much more sensible than that.” 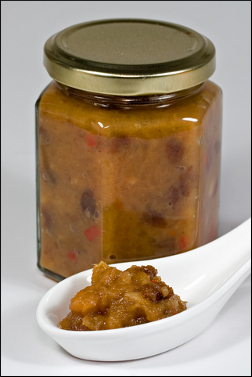 A GROUP of retirement-age women from a Cotswold village have produced a charity calendar featuring a Chicago three-way, two golden shake-downs and a carefully choreographed ‘Dutch steamboat’.

The members of the Stedbury Women’s Institute opted for a more ambitious fund-raising effort after three consecutive years of concealing their private parts with teacups and home-made chutney.

Chairwoman Angela Leddon said: “This year’s calendar will feature extreme sex acts, all of which have been ‘legalled’ by Mrs Johnstone in her capacity as a Justice of the Peace.

“We made extensive use of my husband’s wide-angled lens and the whole thing is printed in full colour on glossy, wipe-clean paper. And don’t worry, there’s still plenty of chutney for all you chutney enthusiasts.”

She added: “At first, some of my ladies were a tad reluctant, particularly Mrs Groves who runs the post office. But after a couple of stiff brandies and a pink fancy she surprised us all by doing some rather continental things with a jar of Swarfega and a clutch of fennel.”

Geraldine Sitwell, 64, who helps out at the library on Wednesdays and Fridays, said: “There’s a scene where a foreign girl puts some cake up her backside. You can see that it’s clearly made from a packet mix and you just wonder why they haven’t made the effort.

“And the olive-skinned actress with the extremely wide mouth looked ever so thin, so I got in contact with her agent and passed on my recipe for mutton casserole.”

The calendar’s supporting cast includes Mystique, a 38-year-old Latino transsexual from Reno, as well as a prize Hereford bull and an antique potato dibber borrowed from the local pub.

Mystique added: “It was great fun – very freaky – but my doctor says I’ve now got something called a ‘cheese scone’ wedged up my rear fandango.”