Queen's new boat to be massive waste of private money

ONLY private money should pissed away on the Queen’s new boat, the government has insisted.

Prime minister David Cameron has called on businesses to contribute to the £80m project instead of using that money to employ more staff or give people pay rises.

He also wants charities to donate to the big boat instead of using their resources to stop people from being unhappy.

He said: “Obviously we are not going to spend public money on this, because I’m not completely out of my mind. Michael Gove is, but that’s why he’s in charge of educating your children.

“This boat will prove to the world that British companies can still come up with ground breaking ways of wasting huge amounts of money rather just setting fire to a big pile of it, like some bloody Italian.”

He added: “As well as giving the Queen something to rub in the face of her skanky Danish counterpart, the big boat will also be a ‘University of the Seas’ where young people can go to learn about water and fish.”

The boat will be two miles long and be dragged from port to port by a team of 200 horses galloping across the sea bed while wearing aqualungs and state-of-the-art flippers.

Designer Roy Hobbs said: “The Queen has given it her full backing but she did insist on it being horse-powered. Also she wants it to look exactly like Balmoral.”

Britain may have to do some actual work 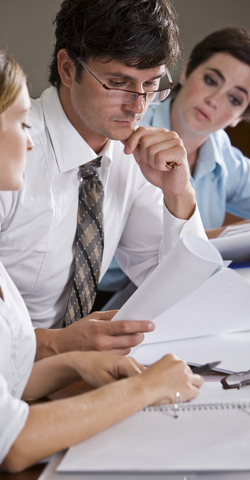 BRITAIN faces the prospect of having to remove its finger from its arse.

Experts at the Institute for Studies believe the UK’s shrivelling GDP coupled with the recent conversion of the Albert Hall into a Sue Ryder shop indicate that the country is in ‘technical recession’.

“As an initial step towards getting Britain back on its feet I would ban Facebook, cat-based communications and any Youtube footage of large insects fighting.

“I would also ban ‘working from home’ which is basically getting paid to plunge your sticky, peanut butter covered hands down the front of your pyjamas while watching Criminal Minds in the middle of the day.”

He added: “I would then sit down all graduates and tell them that, regardless of how amazing their new chin piercing looks, they are not going to be able to get a job doing ‘something creative for about a grand a week’.

“To illustrate this point I would pour petrol onto a beautiful flower and then ignite it. I’d tell them, ‘See that? That’s your stupid hopes and dreams,’ before producing an application form for a ‘night fill’ position at Morrison’s.

“Also it would be good if people who already have decent jobs stopped moaning for long enough to actually fucking do them.

“Yes, tube drivers, I am looking at you and doing loud fake coughs. While also pointing.”