PEOPLE living in rural areas can only have the internet of 1999, the government has announced.

Remote regions will be limited to dial-up modems and the choice of Freeserve or AOL in a bid to stop residents suffering severe future-shock.

The communications minister said: “We simply cannot give a crofter in the Western Highlands access to today’s internet of memes, Reddit and streaming video without the risk of brain detonation.

”These are gentle, sheltered people who need a good 15-20 seconds to contemplate one horizontal slice of a naked woman before the next one is revealed.

“They need to build immunity by browsing an Angelfire webring through Netscape, perhaps hosting their own page on GeoCities with a hit counter at the bottom, before they’re ready for even MySpace.

Donna Sheridan of Let Farmers Online said: ”The way these people have been treated is inhuman.

”To see them pathetically arguing about whether AltaVista or AskJeeves is the best search engine, or spend hours watching a single Metallica song download from Napster, would make anyone weep.

“Let them out of the chatrooms, out of the pink fonts and flashing text that are their sole means of artistic expression, and into our brave new world.”

Sheep farmer Bill McKay of Powys said: ”If there is anything more entertaining in the world than Hampsterdance.com, I dont want to know about it.”

How I Met Your Mother probably ended as it must have begun, with sodomy and Nazis 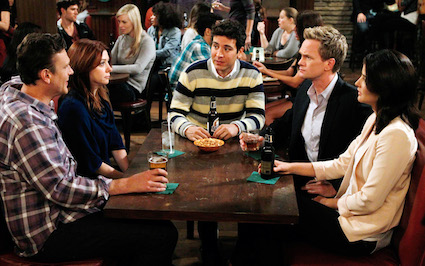 Martin Bishop, from Peterborough, said: “I never actually watched it so, like everyone else, I assumed its otherwise inexplicable longevity must have been based on sex and Nazis – the two key components of successful television programmes.

“I would be very surprised if How I Met Your Mother had just been year after year of manipulative, sentimental rom-com. Why would anyone keep watching that?

“So no, it was clearly a Nazi fuck-fest and should be remembered as such. Well done to all involved.”