Even a light breeze will eventually dry them

Technology fans had been hoping that Dyson’s eagerly anticipated new product might be a laser gun, tiny metal insects that eat cancer or a robot you can fall in love with.

Futurologist Roy Hobbs said: “So it’s a tap that dries your hands. Has this guy never heard of towels?

“Sorry but there’s a lot of challenges facing humanity in the 21st century and I’m not sure ‘wet hands’ is very high up the list.

“I’ll bet Einstein never worried about hand moisture. He probably never even washed his hands after taking a slash, he was too busy thinking about neutrons.”

Responding to critics, Dyson said: “All that robot, hoverboard, flying car stuff is so clichéd. And anyway, how good would any of that be if you had wet hands?

“Imagine trying to steer your sky-car through the towering organo-steel skyscrapers of a futuristic megalopolis with wet hands. You wouldn’t be able to get any purchase on the steering wheel.

However a Dyson source said: “An expensive tap with a hand drier in it might seem like a fairly shit invention but the implications for civilisation are vast.

“What’s potentially dangerous is that Sir James plans to create a sort of electronic link between the tap, the toilet and the bathroom door – ‘Toiletnet’, if you will.

“These advanced, intelligent taps will have complete control over human toilet habits and basically they won’t let you do a wee until you’ve sworn to do their bidding.” 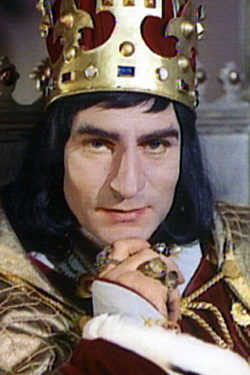 THE skeleton of Laurence Olivier is to portray the modern-day Richard III in a new play. Larry’s cheekbones are now sharper than ever

Theatre producers have exhumed the great stage actor to participate in a contemporary stage version of Shakespeare’s play, which opens with the king being dug up in a car park.

Impresario Tom Logan said: “Olivier’s portrayal of Richard was legendary, and what’s even more incredible is how similar they look now.

“Even after death Larry remained utterly devoted to his art, forcing his skin and organs to disintegrate so that he would become a skeleton just like Richard.”

Olivier’s bones, controlled by a series of pulleys, will give a largely mime-based performance in the show at the Globe Theatre.

Logan said: “The popular conception is that skeletons’ acting range is limited to being scary.

“But Larry will show us there is so much more to bones – a skull with its jaws operated by bits of string can also evoke feelings of joy, pity, even bemusement.”

However film critic Emma Bradford said: “The problem for Olivier’s skeleton’s career is, what next? Probably it’ll end up taking a high seven-figure sum to play a baddie in an instalment of the Rush Hour franchise.

“Putting actors’ exhumed remains in films can really ruin them for the fans. Look what happened when they cast the long-deceased John Wayne in 1994’s disastrous The Bony Sheriff.”