Footballers may be intelligent enough to fix matches

FOOTBALLERS have become sentient enough to cheat properly, it has been claimed.

Over 380 matches are affected by an alarming new trend in football where players have managed to think further than the next thing they want to kick, have sex with, or both.

Footballologist Wayne Hayes said: Traditionally match-fixing hasnt worked, due to players forgetting theyre meant to lose, bragging to their mates about their bribe or phoning a dodgy bloke in Singapore during the match to tell him hes just done the cheat.

Cheating has mainly been leaping into the air whenever somebody walks past or an elbow to the face when nobodys looking  the kind of stuff youd entrust to a toddler.

Far East syndicates have imprinted  the match-fixing concept into the brains of footballers using the Ludovico Method from Clockwork Orange, with players strapped into a seat with their eyes pinned open and a sequence showing an own goal, a wheelbarrow full of cash  and somebody going Ssshhh looped for eight hours.

But the FA has defended the idiocy of English players, insisting anyone bright enough to fix a match will be asked to take up cricket instead.

Clubs will also introduce random intelligence tests on players to ensure none become sufficiently self-aware, ensuring the moronic integrity of the game is maintained.

Hayes said: If players being too rich and too thick to accept bribes hasnt worked, football may have to face the mammoth task of making them too honest. May God have mercy on us all. 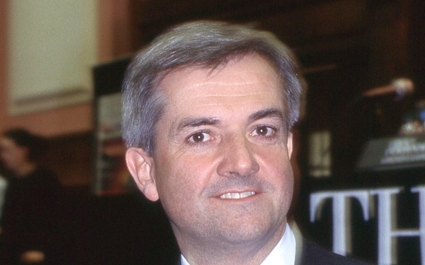 CHRIS Huhne would beat Nick Clegg in a leadership contest, it has emerged.

Liberal Democrat members said that after nearly three years in coalition they would prefer their party to be run from prison.

As Huhne’s February 2012 claim of being completely innocent turned out to be a stinking, greasy lie, grass-roots activists insisted that perverting the course of justice was the ‘big idea’ the party needs.

Constituency vice-chairman Martin Bishop said: “Chris has always been a radical and I think his biggest and best lies are still ahead of him. It’s an exciting time.”