Why cyber-flashing shouldn't be outlawed, by an innocent, lovelorn pervert

SENDING pictures of your junk to random people on the internet should remain legal. Steve Malley, a filthy pervert with no skin in the game, explains:

It’s the internet so it isn’t real

Everyone knows that nothing on the internet is real or matters. You can just turn off your computer or phone and it’ll be like you never even saw my penis – sorry, ‘the penis in question’. That’s why online banking fraud and buying machine guns on the dark web is allowed.

Women need something to look at

How would you even know that it’s definitely my genitalia? The only way you could find out that I was sending a picture of my own dick and not one I found in a medical textbook would be to force me to expose myself which I’m not willing to do which proves it wasn’t me. Though I think we can all agree it’s a fine looking knob.

Ladies who have their Bluetooth on are asking for it

Are we really going to pretend a woman with Bluetooth or AirDrop on in public doesn’t know exactly what’s going to happen? I’ve heard the excuses, ‘maybe their mate is sending them a funny picture of a cat’, ‘maybe they need to print something’. Yeah, sure. Collecting strangers’ penises is the only reason most women go on public transport.

I wouldn’t complain if a women were to send me pictures of her tits, arse or fanny. Even if they were unappealing to me, which I doubt as I’m very open-minded, I’d accept them in the spirit they were sent. But if I, or another man who’s been single for five years and eight months, were to do the same it’s apparently a crime. Sexual discrimination pure and simple.

Man wondering if he can ghost his wife 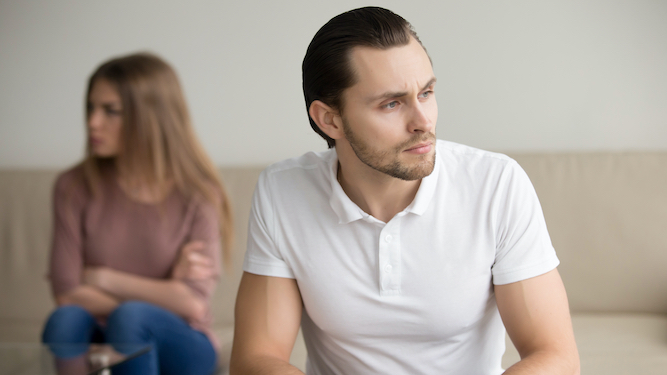 A MAN is wondering if the popular dating tactic of ‘ghosting’ would work on the wife of 12 years he shares a home and joint account with.

Martin Bishop came across the trend online and has been weighing up whether the passive-aggressive move would be an easy way to get out of the lifelong legal commitment he signed up to.

Bishop said: “It’s a bit logistically difficult as we’d still be living in the same house. Perhaps I could hide behind the sofa every time she comes home or live in the attic by day.

“Or I suppose I could move out and go stay at a mate’s, but it would probably take a few days to pack up my collection of mint prog rock vinyl. Donna would notice and that would remove the element of surprise, which seems quite crucial.

“Does it count as ghosting if you only talk through rude comments about each other you make to the children? Probably not.”

Donna Bishop said: “To be honest I’d be thrilled if he suddenly cut all contact with me and f**ked off without an explanation. I’d have a more sexually and emotionally fulfilling relationship with an actual ghost.”