Wind Turbine Damage 'May Not Have Been Aliens'

DAMAGE to a Lincolnshire wind farm turbine may not have been caused by aliens, experts claimed last night.

Police insist the most likely explanation for the damage to the 300-ft turbine is a high speed crash involving an extra-terrestrial spacecraft.

One of the blades was badly dented and another disappeared, as is often the case in alien-windfarm collisions.

Inspector Tom Logan said: "What seems to have happened is an alien being has travelled millions of light years across space from a planet we have never heard of, using technology we can only dream about, and then collided with a windfarm in Conisholme.

"I've said it before – these alien craft are designed for high-speed intergalactic travel. They do not handle well in the Earth's atmosphere, mainly due to our fluctuating magnetic fields.

"The aliens need to slow down or preferably use a different mode of transport once they arrive on Earth. There's an excellent bus service between Mablethorpe and Market Rasen."

Although police consider aliens the most likely explanation they are not ruling out other lines of enquiry, including giant wasps or a massive urang utan.

Local villagers have also reported gangs of angry voles with ladders, while nearby farmyards are being checked for cow catapults.

However, Julian Cook, professor of physics at Cambridge University, said: "How many times do we have to tell you? Do not talk to people from Lincolnshire."

For Shame, Our Rates Of Interest Can Surely Plunge No Lower, Proclaims Mr Pepys 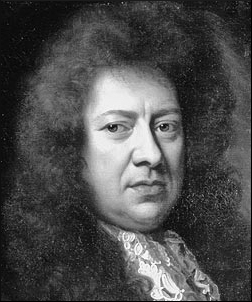 London, 1694: MR Samuel Pepys, the noted sage and diarist, has proclaimed the nation to be in peril after the rates of pecuniary interest reached the abominable level of two in every hundred.

In a timely missive to the London Gazette, Mr Pepys, of the Old Shaft, Clapham, urged the immediate arrest of the Chancellor of the Exchequer Mr Montagu and Sir John Houblon, the governor of that most vexing of new fangled innovations, the Bank of England.

Wrote Mr Pepys: "Sirs, I find myself in my 61st year, frail with the diabolical kidney stones and soon unable to afford a pint of gin, a bowl of stewed pigeon and a fruity Portugeuse tart.

"My pensions are at the mercy of that bespectacled oaf Sir John and his dire attempts to alleviate the damage caused by the infernal, pox-ridden Dutch and the vagabond fornicators of the Virginian Colonies.

"Once more he has taken a scythe to the pecuniary interest rate in the naive hope that the bankers of Bishopsgate will see fit to release funds to those who would purchase for themselves trinkets and geegaws for their trivial amusement.

"But yet again, the Scottish Bank, of whom I am a sorry client, holds its purse close to its chest while expecting a goodly fellow such as myself to thrive on a stipend of a ha'penny a fortnight.

"Those dam-ned Scotch! When will we learn?

"My gentle fellows, will fair England prevail and prosper? I fear we are now mere whimsies in the playful hands of providence.

"But one certainty presumes above all others – If, in future years, our rate of interest were to plummet below its current abomination we could be in no doubt the affairs of our economy were most surely in the hands of complete and utter fucknuts."