A WOMAN whose finger slipped while scrolling through her ex-boyfriend’s Instagram has announced she is taking a social media sabbatical until 2044.

Nikki Hollis had been aggressively researching her former partner’s Instagram posts and was reviewing his activities in May 2017 when she accidentally pressed the like button on a photo of him enjoying an ice-cream.

She said: “When I saw the little heart come up I knew I was f*cked.

“If it’d been a recent photo no problem, I could’ve used the whole ‘it just appeared in my feed’ thing, but two-and-a-half years ago, no way. He knows full well I was taking a deep dive.

“I can’t even pretend I was liking it as a friend because he knows I think he’s a wanker. And there’s no hope of him not seeing it, because he’s a vain twat posting on there 24-7.

“So I’ve announced on my Facebook, Twitter and Instagram accounts that I’m taking a break from social media for my mental health and also because it’s boring and I’m over it.

“Twenty-five years should be long enough for everyone to forget what I did. Perhaps there won’t even be social media, or phones, or electricity by then.”

Hollis is expected to return to social media by 3pm tomorrow. 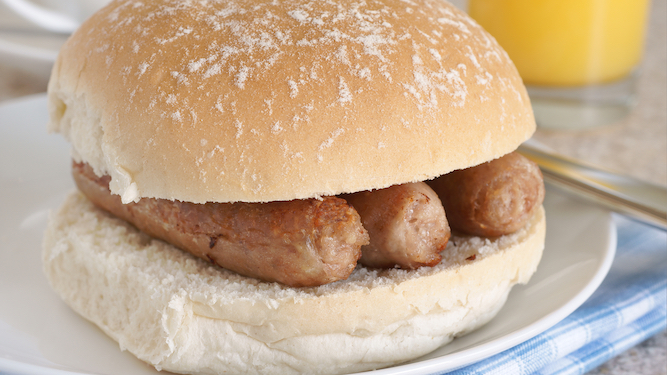 AN 18-YEAR-OLD who turned vegan in his first term of university has managed three whole days at home before eating sausages.

Joe Turner, who became a vegan because he likes animals and because everyone else was doing it, made the announcement to his mother when she collected him from university last week.

He said: “She seemed pleased, but went on to tell me she wouldn’t be buying ‘all the vegan things’, I’d have to cook my own meals, and my soy milk would be in the garage because there’s no room in the fridge.

“I talked her into trying a falafel salad, which she enjoyed but said it was like ‘having all the bits around a meal without the meal’.  With Christmas dinner looming, there’s a real danger I’ll have to cook it myself.

“So when she shouted upstairs ‘Want a sausage sandwich, love?’ I just said yes. And ate it. I didn’t say anything and neither did mum.”

He added: “I’ll go back to being vegan at uni. Nobody needs to know.”