WOMEN over 30 are increasingly aware their biological Facebook clock is ticking so they best get married and have kids while it is fashionable.

In the past a woman’s ‘biological clock’ was a personal matter but thanks to social media it no longer is.

“If I don’t hurry up and get married and have children then the people who I went to school with but haven’t spoken to in years but who are on my Facebook for some reason, will think my life has been wasted.

“Or that I don’t want to get married and have kids as young as possible.

“Which would make me mental. Or a terrorist.

“Or even worse, a power mad lesbian.”

Man who thinks EU is corrupt thinks everything is corrupt 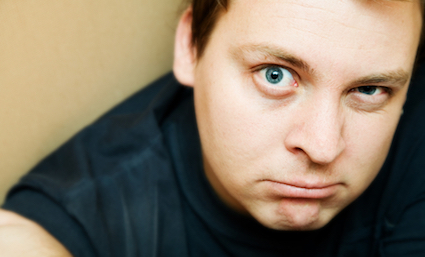 A MAN who voted to leave the EU because it is corrupt believes an unfeasibly large number of people and institutions are dishonest.

Sales executive Stephen Malley’s anti-EU views are somewhat undermined by his belief that everything from supermarkets to charity collecting is basically a criminal scam.

Malley said: “Everyone knows the EU is corrupt. I can’t give you any specific examples but they’re bound to be crooks because they’re old and foreign like the mafia.

“It’s not surprising because everything’s corrupt these days. You’re not telling me charity collectors actually give the money to cancer children when they can just keep it themselves.

“Even the shops are at it. When you buy a TV it costs £300, but it’s only worth 50p because it’s been made cheaply in China. I’ve noticed the EU manages to keep that little scam quiet.”

“Also I think it’s more likely Nigel Farage stepped down because he is a time-wasting twat, not because the EU threatened to have him ‘whacked’.”