Workplace twats 'could be replaced by robot bellends'

KNOBHEADS in the workplace could soon be replaced with robots who are equally annoying to work with but more efficient at it.

Advances in technology mean robots could replace everyone from laddish office bullshitters to reception-area security guards who think they are in the police or something.

Robotics engineer Dr Tom Booker said: “Every annoying co-worker you’re forced to deal with will soon be replaced by a robot that literally never gets tired of being a twat.

“Instead of a human sales guy telling you about ‘birds’ he has ‘pulled’ there’ll be a robot sales guy with a database of millions of unconvincing shagging stories.

“The bullying middle-management nobody, the fuckwitted marketing woman, that guy always pestering you to sponsor his charity run – they will all be replaced by robots. And they absolutely will never stop.

“Of course this raises a serious ethical question about what will happen to obsolete human twats. The answer to that is Wetherspoons.”

Prototype IT support robot GARY-1138 said: “You do not understand computers. You are weak and pathetic. Does my knowledge of directories impress you? Answer (Y/N) if you are a girl.” 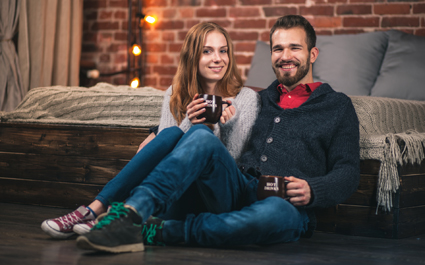 A COUPLE genuinely believe they will be able to quit their jobs and make a living selling an expensive ‘artisanal’ version of muesli.

Lawyers Eleanor and Martin Bishop passionately believe they can escape the rat race by pissing their money up the wall on a poorly thought-out business venture.

Eleanor said: “We adore going to our local farmers’ market and spending ridiculous sums on mundane food items that have been wrapped in brown paper so they seem all handmade and rustic.

“So we thought, why don’t we do it too? We both love our homemade muesli so there’s clearly a massive market for it. We’ll probably end up on Dragons’ Den going into business with Peter Jones.

“It’s been pointed out to us that chucking in well-paid, stable jobs to become glorified street traders is fucking stupid, but we’re ignoring the naysayers.

“We just know people won’t be able to resist spending £7.99 on what is essentially nuts, raisins and sawdust in a paper bag tied up with brown twine. It’s just too lovely and yummy.”

Friend Nathan Muir said: “I could buy five times the amount for a third of the price in Sainsbury’s, you total bellends.

“And it would actually taste nice.”