£10 for a book of f**king stamps, and other modern rip-offs

YEARNING for the halcyon days when you didn’t get ripped off every time you stepped outside your front door? Take a – free – trip down Memory Lane.

Going to the dentist

It’s hard to believe dental care used to be free on the NHS. Now it’s 40 quid to shine a light into your mouth and God help you if you need some work done. Far better to just let your gnashers fall out naturally, and spend some of the fortune you save on a swanky blender so you can just puree your meals into a manageable mush.

It used to be the ultimate low-budget getaway – a flimsy tent from the Army and Navy Stores and a fiver’s rent for a corner of a farmer’s cold, wet field. Now it’s all glamping pods, tree houses and outdoor hot tubs, costing as much as going abroad. If anyone sees you cowering in a tent now they’ll probably come back with a Costa coffee and a sandwich because they’re think you’re homeless.

Gone are the days when you could fuel your dirt-cheap dirty habit by buying a pack of 10 for a couple of quid, or even ‘singles’ from unscrupulous shopkeepers on the way to school. Today, odds are that after forking out the best part of 15 quid for a pack of 20 you’ll find yourself smoking half of them outside the shop to calm your trembling hands. A habit of 40-a-day is now pretty much the preserve of the rich, like eating beluga caviar every day.

Used to be a penny, or 2p to go posh and get first class. Now it’s £10.20 for a minimum of 20, two of which you are forced into using for a birthday and Christmas card for the ageing relative who will be mortally offended if you forget. The rest can sit in the cupboard drawer along with all your other unused household crap.

Five things you were horribly wrong about as a teenager 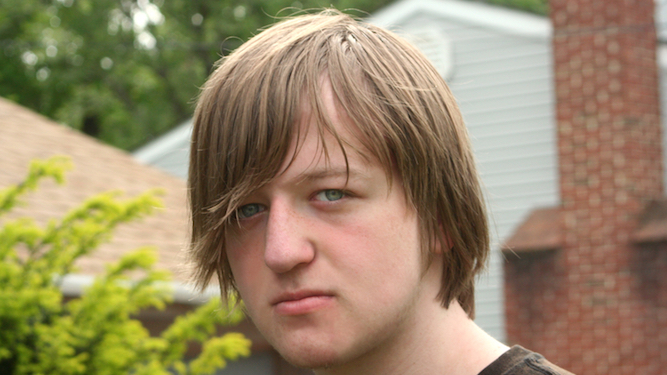 HAVE you come to realise the world does not work as you thought it did in your teens? Here are some things you were woefully misinformed about.

Your parents are terrible people

As you get older, you’ll come to realise that your parents weren’t awful, they’re just well-meaning idiots. Obviously this does not apply if you had genuinely terrible parents who made you live in a weird cult or pop out and sell some crack.

Suburban averageness is shit, but the worst that can happen to you

As a teenager you believed suburban conformity would be beneath you thanks to your successful career as a rapper, film director, being ‘the new Radiohead’, prime minister, etc. Have a good cringe as you now insulate the loft of your two-bed semi, which Thom Yorke probably doesn’t do. Or realise you’re 40 and still in a crap rented flat.

No. What employers want is basically ‘someone who’s done exactly the same job before’, which disbars you because you don’t have enough experience. It’s a catch 22 situation, but f**k you, they don’t care. Other useful skills are: being a company drone and not costing much. It’s a shame you can’t just put this on your covering email and cut the bullshit.

Personality is more important than looks

Generations of teens have been brainwashed with this clearly wrong idea, from Roald Dahl readers to fans of ‘YA’ fiction. Research has actually suggested attractive people are more successful, but you’ll find out for yourself after a series of doomed crushes.

Talent will shine through

If you do have talent, people will notice it, right? Nope. What actually shines through is: being related to someone famous, rich or important; incessant, creepy networking; or getting lucky with some asinine business idea like selling dressing gowns for cats.