A MORON has hailed 2016 as the year in which everything looked rosy for the future and things went just great overall.

Norman Steele, 25, who works as a consultant in a property development firm, was granted a promotion and a 20 per cent  pay rise the day David Bowie died.

Shit-for-brains Steele said, “Everyone was a bit glum in the pub that evening for some reason but I put on that song Heroes and danced around like a nutter.”

Twathead Steele also played Prince’s 1999 on the jukebox the night after Britain voted to leave the EU. He said: “I wish Nigel Farage had been there so I could have bought him a drink. He’s only gone and earned £350 million a week for the NHS. They should name a wing after him or something.”

Steele won £2000 after betting on Donald Trump to win the Presidential election: “It was like, go the underdog! Bloody brilliant. I think I might spend it on a holiday, somewhere exotic like Syria.

“It’s been a bloody great year. The only downside was Leicester winning the Premier League. I’m a Chelsea fan, so gutted, but roll on 2017!” 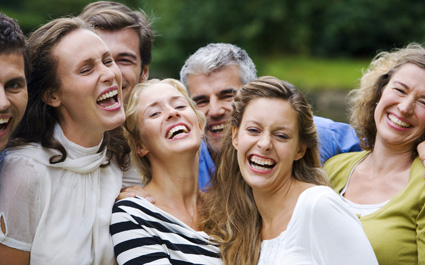 Nikki Hollis, who works for some Swedish company, said: “We’re getting in loads of booze, drugs and delicious Waitrose food for the rave/orgy, which is in a really cool castle with tapestries and even a cinema room showing all your favourite films.

“It’s a real shame you will be at work.”

“Tomorrow I think we’re all going to the ice hotel in Lapland where we dress-up as elves and have freaky sex in an igloo.

“Maybe you could take a sickie and join us. Actually no, that’d be really obvious and you’d get sacked by your old fashioned boss.”