A WOMAN would really like to drink something that has not been heated up and had loads of spices and other shit put in it.

Emma Bradshaw just wants to enjoy a nice, cold glass of alcohol that is not full of sugar and bits of twig, but has been increasingly unable to find one in the run up to Christmas.

Bradshaw said: “I’m aware that mulled wine is to be expected at this time of year, and I can begrudgingly accept mulled cider too, but people are mulling shit left, right and centre nowadays.

“It’s not like we work outside all day in freezing snow and need warming beverages to stop us getting frostbite. The coldest I ever get is when one of the menopausal ladies in the office is allowed to control the air conditioning.”

She added: “Being wankered the whole time is the point of Christmas, so why ruin some perfectly decent alcohol by diluting it with juice and then heating it until all the lovely alcohol evaporates?

“In any other context it would be considered insane, like giving someone a mug of boiling lager with a sprig of lavender in. Oh wait, they actually sell that in my local hipster café. 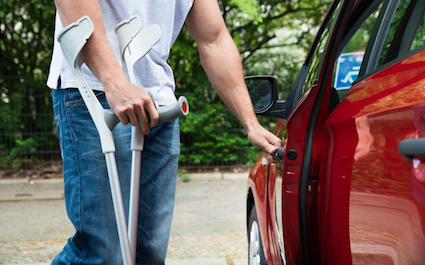 A MAN has insisted the ankle he sprained last month be listed alongside Prince’s death, Brexit and Trump when discussing the awfulness of 2016.

Nathan Muir of Leicester maintains the injury has cast a huge shadow over the final months of the year and that it has affected him personally even more than losing David Bowie.

Friend Stephen Malley said: “We were down the pub talking about what a devastating year it’s been and going through all the hope-sapping events when Nathan said ‘And…’ while gesturing to his ankle.

“I said ‘Well, your five-a-side injury hardly compares to the crippling of US democracy,’ and he got really angry and said ‘I’m still on crutches Steve’.

“So when Dave was listing all the stars we’ve lost he said ‘Leonard Cohen, Mohammed Ali, Victoria Wood, and of course Nath’s ankle,’ and Nathan just nodded, like that was the saddest one of all.”

Muir said: “This has been such a devastating year. Brexit’s created deep divisions in our country and it could be February before I’m off ibuprofen.