A NEW gospel suggests that Jesus’s birth was visited by a fourth wise man who gave him a Lynx Africa gift set.

Theologian Dr Helen Archer found verses on a fragment of lambskin parchment which mention the fourth Magi, named Karsudan, for the first time.

She said: “In translation, it reads ‘And in the time of Herod wise men from the East came to pay homage to the child born King of the Jews.’

“‘Opening their treasure chests, they offered him gold, frankincense and myrrh. And the fourth said I have a gift for when He is older.

“‘For in adolescence even the Lamb of God shall develop bodily odour, and this body spray and shower gel gift set shall make Him smell vaguely spicy as to all other men.’”

Archer added: “This may link with the fragments we have in the Gnostic gospels, which speak of a great king ‘who saw not the rising of the Messiah’s star and consequently left his lands in much haste, vowing to pick something up on the way’.

“And thus the traditions of Christmas began.” 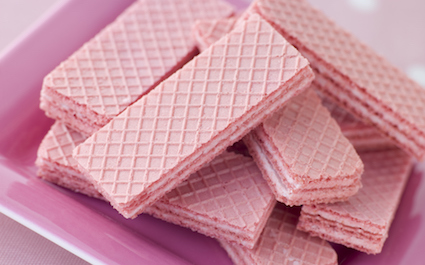 DESPERATE grandmothers across Britain are willing to pay between £1,000 and £10,000 for endangered pink wafers.

News that manufacturer Rivington Biscuits is under threat is feeding a thriving black market in pink wafers, smuggled around the UK under the noses of police in vintage Peek Freans’ Assortment tins.

78-year-old Susan Traherne said: “My grandson tried to palm me off with custard creams. Big mistake.

“I slapped him, hard, and said ‘You think you’re dealing with some fresh-faced retiree straight out of the bingo hall? You see this walking frame? I need the hard shit.’

“I’ve got a contact – through church, it’s the only reason any of us go – who says they can get me 200 grams, but it’ll cost a month’s pension.

“Still, they know I’ll pay. A life of only bourbons is no life at all.”