After claiming that people like paying more tax because it makes them feel all posh, the chancellor confirmed that all middle-class people on the top rate could go to Pippa Middleton’s wedding.

Osborne said: “Pippa’s probably getting married this year and when she does anyone earning over £40k with no previous convictions can go.

“At least to the disco bit, not the service obviously that’s for proper people.

“It does not get more aspirational than that.”

Sociologist Nikki Hollis said: “Pippa is the spiritual figurehead of the anxious petty bourgeoisie, much as White Dee is to people on the dole.

“The government hopes this flimsy opportunity for social climbing and canape theft will quell the middle-management cadre’s ‘squeezed’ whining.

“Which it will, they’ll fucking love it.” 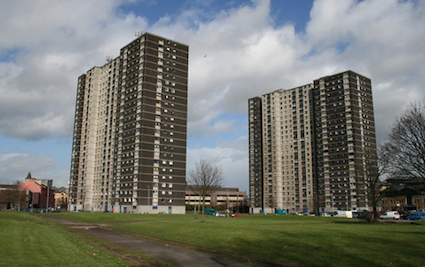 THE Commonwealth Games baton carriers have demanded a fair way of deciding who has to take it through the east end of Glasgow.

The baton will spend the next four months moving ever closer, and with a deepening sense of dread, to the host city.

Tom Logan, who had hoped to run with it somewhere nice like Bath, said: “We need to draw straws or have some kind of nightmarish lottery where the prize is getting hoofed in the groin and then robbed by a lunatic.

“The baton is a hefty cudgel, so that should buy me about 20 seconds while I desperately try to explain that I am neither Catholic nor Protestant.”

A Commonwealth Games spokesman said: “Don’t look directly at them.”