4x4 driver genuinely appalled by other people using the roads

A WOMAN who drives a large 4×4 cannot believe there are so many inconsiderate people using the roads at the same time as her.

Middle-class mum Donna Sheridan is unable to imagine what other people are doing that is so important they have to inconvenience her during shopping trips and the school run.

Sheridan said: “The roads are always full these days, which is particularly annoying for me because my vast Mercedes jeep-cum-tank thing basically needs the entire road to manoeuvre.

“What are all these vans doing? I don’t mind the Ocado ones because we all need to have food delivered, but if you’re going to drive around for the hell of it you should do it at 3am when busy people like me are asleep.

“Also – old people. Why are they on the roads when they’ve reached the end of their useful lives?

“They should stay at home and quietly wait to die instead of making me late for the hairdresser.”

Intelligent woman with perfect eyesight just gets some f**king glasses 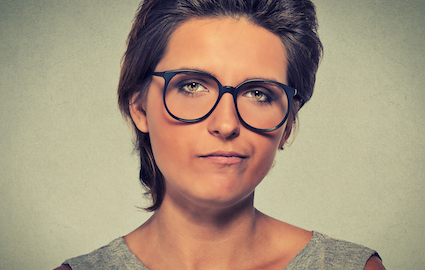 AN intelligent woman with 20/20 vision has bought glasses she does not need in order to get the respect she deserves.

Emma Bradbury has a degree in economics and a masters in history, but due to lack of plastic circles around her eyes was often mistaken for the cleaner.

Colleague Martin Bishop said: “At first, I couldn’t figure out why I was finding it so hard to take her seriously. Then I realised the problem was I could see her whole face.”

At a team meeting to address the issue of her male colleagues treating her like she was a moron, Bradbury realised that none of them had ever encountered an intelligent woman who did not wear glasses.

She said: “I calmly explained that I’m extremely qualified and shouldn’t have to alter my appearance just to validate my male colleagues’ idea of what an intelligent woman looks like, but they just stared blankly and then carried on talking among themselves.

“So I got some glasses. There’s no lenses, it’s just empty frames, but at least I’m no longer being spoken to like someone who, if left unsupervised, might drown in their cornflakes.”