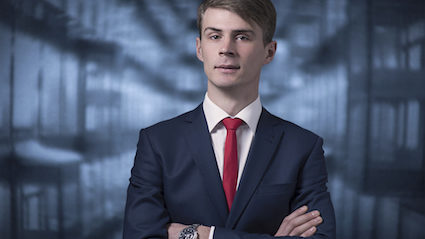 A MAN has confirmed that he welcomes feedback as long as it is always brilliant.

Tom Logan, who works in marketing, said that constructive criticism was not only ‘cruel’ but made no sense, adding: “If it’s criticism, how can it be constructive?”

Laura Bryant, a colleague of Logan’s, said: “Tom’s always seemed open to collaborating, so I was really surprised when I made some suggestions as to how he could improve a bit of writing, and he called me a ‘stuck-up bitch’ stormed out of the office.

“All I did was point out a missing comma.”

Logan then reported Bryant to HR for ‘being mean’ to him, then took the rest of the afternoon off because he ‘needed some time to himself’.

He explained: “I thought I’d made it clear in my interview that I need someone to tell me I’m a hero every five minutes or I will take my talent elsewhere.”

Logan was later called to an HR meeting to discuss his attitude, but after realising the feedback was not excellent, threatened to ruin the lives of everyone in the room.

BORIS Johnson has unveiled plans to build a 140 mile bridge that will link Calais, central London and a new airport on a man-made island in the Thames estuary.

The foreign secretary said the Rudyard Kipling Bridge, which will tower magnificently over the Kent countryside, would cost no more than £580bn and be the ‘envy of the world’.

Johnson added: “At its highest point the Kipling Bridge will be 1000m tall, forming a triumphant concrete arch over central London and offering fantastic views of our cherished financial services industry.

“There will be massive, spiralling ramps coming off the bridge straight into Charing Cross so that French people in their dreadful cars can drive from Paris to central London without any traffic lights.

“When it reaches the Emirates Stadium, the bridge will make a sharp right turn and continue across north London and the southern reaches of Essex before arriving at the Paul Dacre International Airport on a giant island made of recycled plastic bags.”

Johnson said the project would be funded through a PFI contract run by Carillion and Woolworths.