A guide to today's statue topplings

FOLLOWING the relocation of a slave trader’s statue to the bottom of Bristol harbour yesterday, here’s a quick guide to today’s statue topplings:

19th-century Tory politician, merchant and shipowner who with credentials like that had to be up to his neck in it. Statue will be brought down by a cheering crowd then dragged to the Albert Dock to be submerged in a location handy for the International Slavery Museum.

A banker whose family fortune was built on the slave trade, the statue will be toppled to the sound of Hacienda classics DJed live by Graham Park, because Mancs aren’t doing it if it’s not a party, then dragged into the river Irwell from which it will stick out embarrassingly.

War hero prime minister who was also something of a racist dickhead who the British public were always rather doubtful about at the time. Pulled down then thrown into the spreading lake of Tommy Robinson’s heartfelt tears for this country, which he’s livestreaming.

Bit of a f**k-up in which a renowned anti-slavery campaigner’s statue is brought down because she’s clearly from that era and looks like one of them types. Left leaning against the branch of Subway up the road with a note of apology.

Toppled by a raging mob of extremist Tory MPs who can never forgive her for taking Britain into the abject slavery of the European single market. Stamped on, beaten and thrown into the Thames by a cheering, if slightly confused, crowd.

The ultimate colonial who ruled half the globe with an iron fist, there are too many statues of Queen Victoria and not enough mobs to deal with them. Help out by breaking off a bit whenever you pass one and chucking it in the canal.

How to brush off a public cough 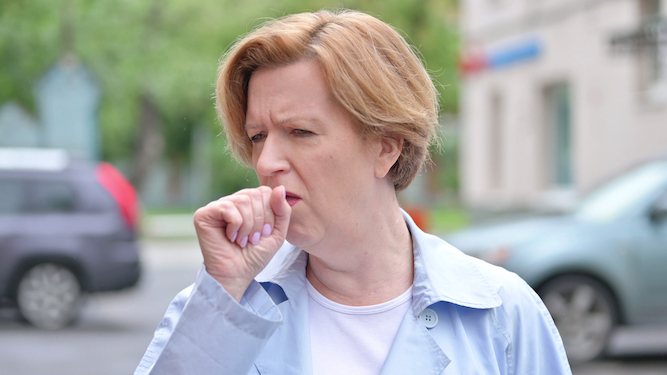 ARE you at risk of attracting horrified stares by coughing in public? Here’s how to style it out:

On a busy train

Either point to your neighbour to insinuate that it is their fault, or turn coughs into sobs and claim you have got to the bit in the podcast that proves the man was not the killer. You won’t be called out because speaking is not a thing on public transport.

If there’s a tree around, allergies are your excuse. Be sure to shout the word ‘hayfever’ so loudly that everyone looks round, birds fly from trees and car alarms go off. Nobody must be left with reason to doubt your good health.

Being kicked out the shop before you’ve had a chance to stock up on white wcider and spicy BBQ fajita mix would be a disaster. Carry a large jar of pickled onions and as soon as you feel the tiniest tickle in your throat, hurl it to the floor to create a distraction.

Immediately burst into song and whatever tune you choose, deliver it loud and proud. People will probably think you’ve lost your mind, which is understandable after all these weeks of confinement and better than them thinking you’ve got it.

At the school gate

If you’re in the mood to mess with people, simply segue into a coughing fit. Ham it up as much as you can, watch other parents battling with their consciences and enjoy a solid sixteen square metres of personal space wherever you go.