Pissheads say that the more alcohol you drink the less likely it is that you will catch the deadly disease, due to the medicinal properties in alcohol that cause you to stop giving a shit.

Helen Archer said: “I am normally super careful when it comes to coronavirus. I wear masks and gloves to the supermarket and follow all the social distancing rules.

“However, after a few drinks my gut instinct changes to ‘F**k the stupid virus, I could easily have it in a fight’.

“I’ll only wash my hands for four seconds, stand too close to people at barbecues, shake everyone’s hands and freely touch my own face. It’s like the bottle of Shiraz I’ve consumed surrounds me in this magic protective bubble.

“The following day I feel like shit, but whether that’s a hangover or Covid-19, my solution is just to get shitfaced again.” 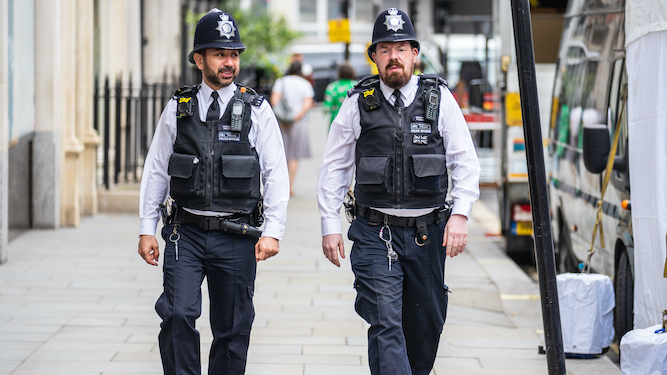 A BRITISH policeman has admitted he is furious at the sheer amount of cool shit his American counterparts have got.

PC Tom Booker said when he sees news reports about police brutality in the US, he is slack-jawed in shock at their incredible anti-personnel equipment.

He continued: “There was a clip on the news yesterday of a crazed police officer in Tennessee charging full force at a peaceful protester with his riot shield.

“If I tried that I’d have a protester still standing and a shattered riot shield. The ones we’ve got are from the 1980s. My boss says he used them in the miners’ strike.

“Just imagine me strutting down the street with all that shit on. Kid calls me a tithead? Bang, he’s down and I’m stuffing him in the back of the van. Beautiful.

“It’s a terrible injustice they’ve got so much stuff and I’ve got nowt. It makes me want to take to the streets and smash shit up.”