Absolute arse telling people 'its' should be spelt 'it's'

A POMPOUS idiot is encouraging other people to adopt his horrendous punctuation, it has emerged.

Retired engineer Norman Steele insists on ‘correcting’ others both online and in real life, while strangely believing he is one of the few properly educated people left in Britain.

Steele said: “In the sentence ‘The dog ate it’s dinner’ the dinner belongs to the dog so it should be ‘it’s’ with a possessive apostrophe. Schoolboy errors like that just make you look like an idiot.

“I blame primary schools where it’s all transgender lessons and Marxism these days. How are those children going to learn how to digest facts and reach an informed opinion?

“People who can’t spell ‘it’s’ are everywhere on the internet. They keep saying I’m the one who’s wrong but that just makes me laugh at their lack of education. Ignorance truly is bliss.”

Internet user Emma Bradford said: “Some twat on the Guardian website wouldn’t accept ‘its’ doesn’t have an apostrophe, even when I pointed out I was a professional proofreader.

“But then again he was arguing that 12-year-olds should do National Service.”

Phones basically all the same these days, admits Apple 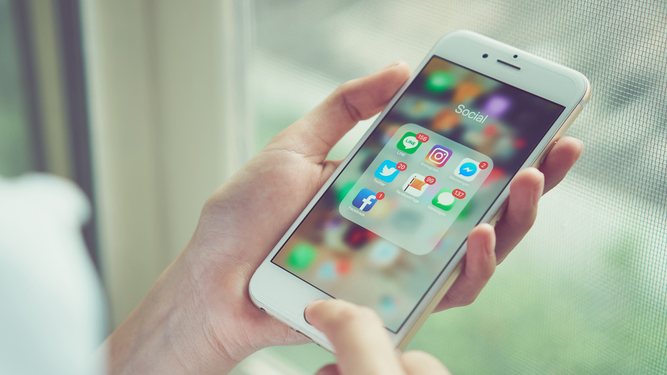 APPLE has launched three new smartphones with the message that they are pretty similar to all the other ones.

The iPhone XR, XS, and XS Max offer few new features, nothing in the way of eye-catching new technology and a number of upgrades no one is excited about.

Marketing vice-president Phil Schiller said: “Ten years ago, I would’ve been unveiling tech that would have blown your fucking minds. Now? Meh.

“Phones used to be exciting, like the first cars. Everyone would’ve been like, ‘The new Ford has doors! It can go 25 miles on a single tank of gas! You don’t have to hand-crank it!’

“Now there’s no difference, and hasn’t been for decades. We’re actually thinking of giving our phones an interesting new smell as a marketing strategy. Maybe sprouts.”

Apple fan Joseph Turner said: “I’ll queue up for a new iPhone but to be honest it’s just to get out of the house.”